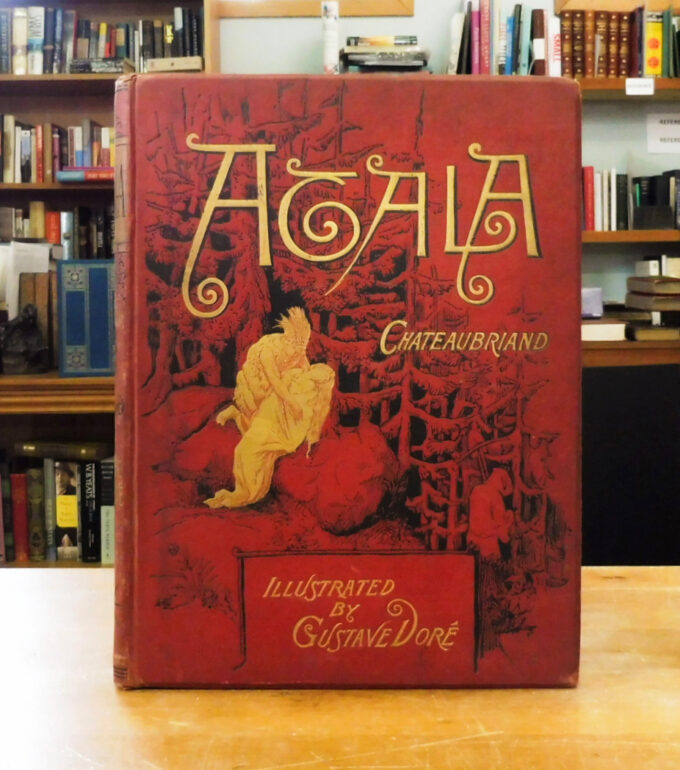 Atala, ou Les Amours de deux sauvages dans le désert is an early novella by François-René de Chateaubriand, first published in 1801. Chateaubriand (1768-1848) was a French writer, politician, diplomat and historian who founded Romanticism in French literature. Atala was inspired by his experiences in North America in exile after the French revolution of 1789. The novella had an immense impact on early Romanticism, and went through five editions in its first year. A heavy volume for which additional shipping charges may be requested.