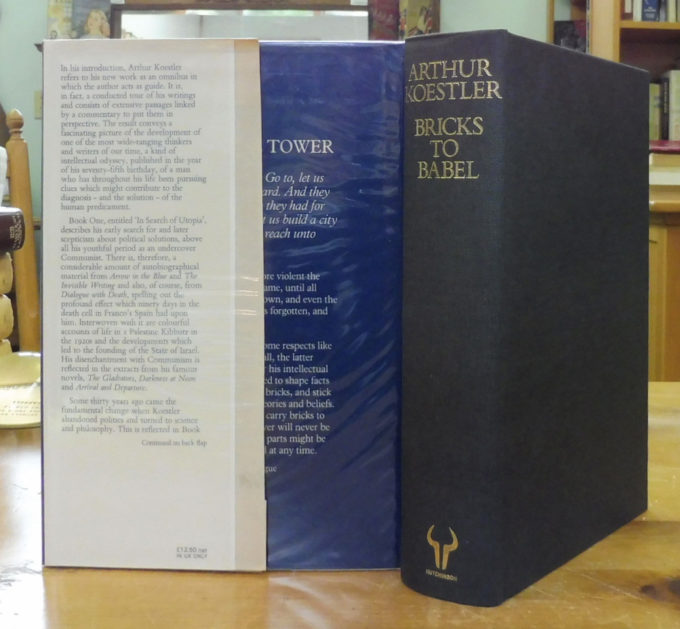 Bricks to Babel: Selected Writings with Comments by the Author, Koestler, Arthur. Published by Hutchinson & Co 1980. First Edition. 8vo up to 9½” tall. Pp.697. Black boards with gilt spine titles. Both volume and unclipped dustjacket (protected in mylar) are in mint condition.

Arthur Koestler, (1905-1983) was a Hungarian-British author. His early career was in journalism. In 1931 he joined the Communist Party of Germany, resigned in 1938 and in 1940 published the anti-Communist novel, Darkness at Noon, which propelled him to instant international fame. During the next forty-three years he espoused many causes, wrote novels and biographies, and numerous essays. In 1968 he was awarded the prestigious and valuable Sonning Prize “For outstanding contribution to European culture”, and in 1972 he was made a “Commander of the British Empire” (CBE). Bricks to Babel is a collection compiled from Koestler’s lifetime writings. 002751  $25