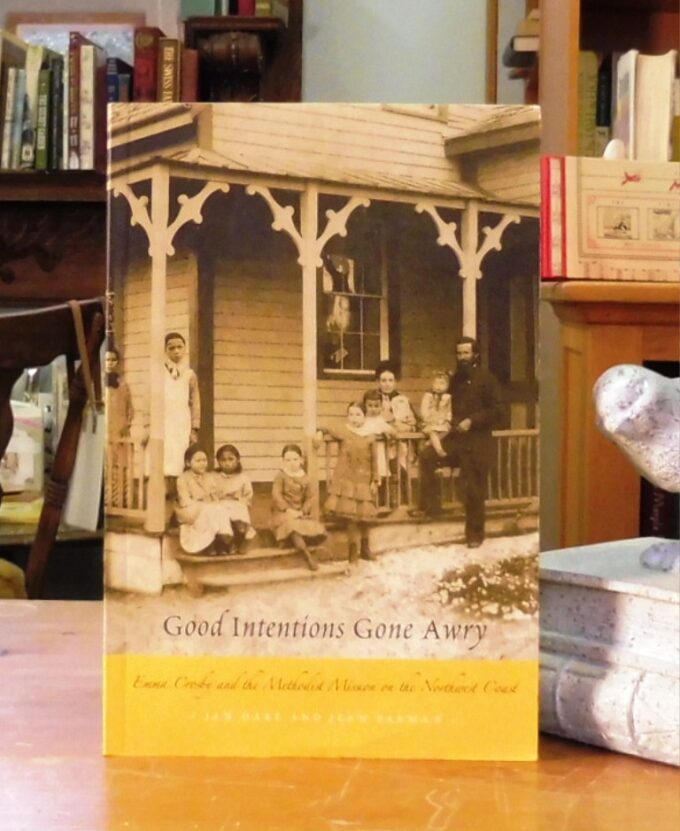 “Good Intentions Gone Awry” chronicles the experiences of a missionary wife. It presents the letters of Emma Crosby, wife of the well-known Methodist missionary Thomas Crosby, who came to Fort Simpson, near present-day Prince Rupert, in 1874 to set up a mission among the Tsimshian people. Emma Crosby’s letters to family and friends in Ontario shed light on a critical era and bear witness to the contribution of missionary wives. They mirror the hardships and isolation she faced as well as her assumptions about the supremacy of Euro-Canadian society and of Christianity. They speak to her “good intentions” and to the factors that caused them to “go awry.” The authors critically represent Emma’s sincere convictions towards mission work and the running of the Crosby Girls’ Home (later to become a residential school), while at the same time exposing them as a product of the times in which she lived. They also examine the roles of Native and mixed-race intermediaries who made possible the feats attributed to Thomas Crosby as a heroic male missionary persevering on his own against tremendous odds”.  002121            $45

Be the first to review “Good Intentions Gone Awry: Emma Crosby and the Methodist Mission on the Northwest Coast” Cancel reply