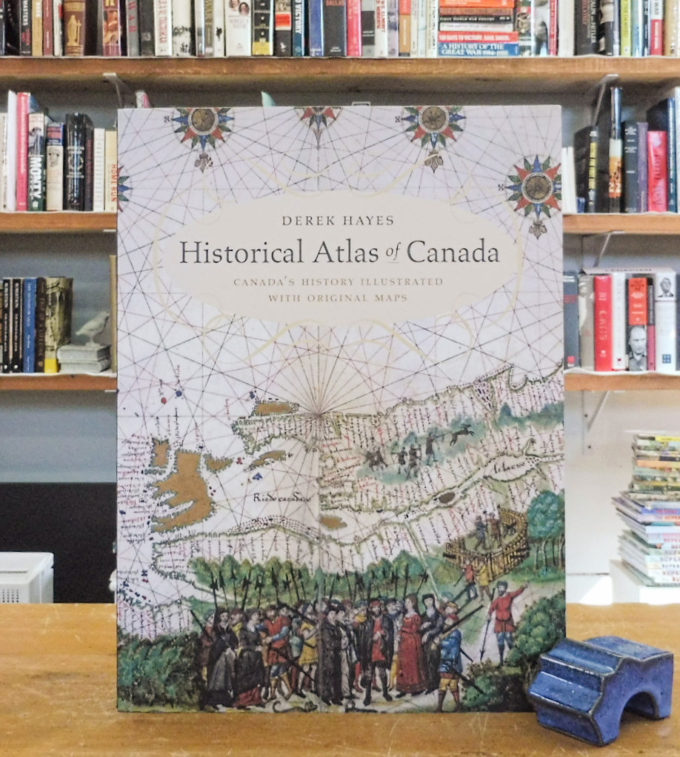 Historical Atlas of Canada : Canada’s History Illustrated with Original Maps, Hayes, Derek . Published by Douglas & Mcintyre / University Of Washington Press, Vancouver BC, 2002. First Paperback Printing , 2006. In beautiful condition without marks, tears or folds; light shelf wear to card covers, contents in pristine condition. “Canada’s history comes alive in this fascinating and essential book. Author Derek Hayes draws on more than 420 original maps to illustrate and illuminate the past “This historical atlas of Canada is the first to be published using only historical maps rather than modern redrawn ones. It is intended to be a history illustrated with maps rather than a cartobibliography.”–Introduction. The atlas covers a period of a thousand years and contains essentially all the historically significant maps of the country, gathered from major archives and libraries all over the world. Included are maps by the founder of New France, Samuel de Champlain, maps drawn by Native people such as the Beothuk, Blackfoot and Cree, and maps from as far a field as England, France, Spain, Italy and Russia¿. The 1530 Ambassador’s Globe map is the earliest representation of Canada page 2. 001820 $45