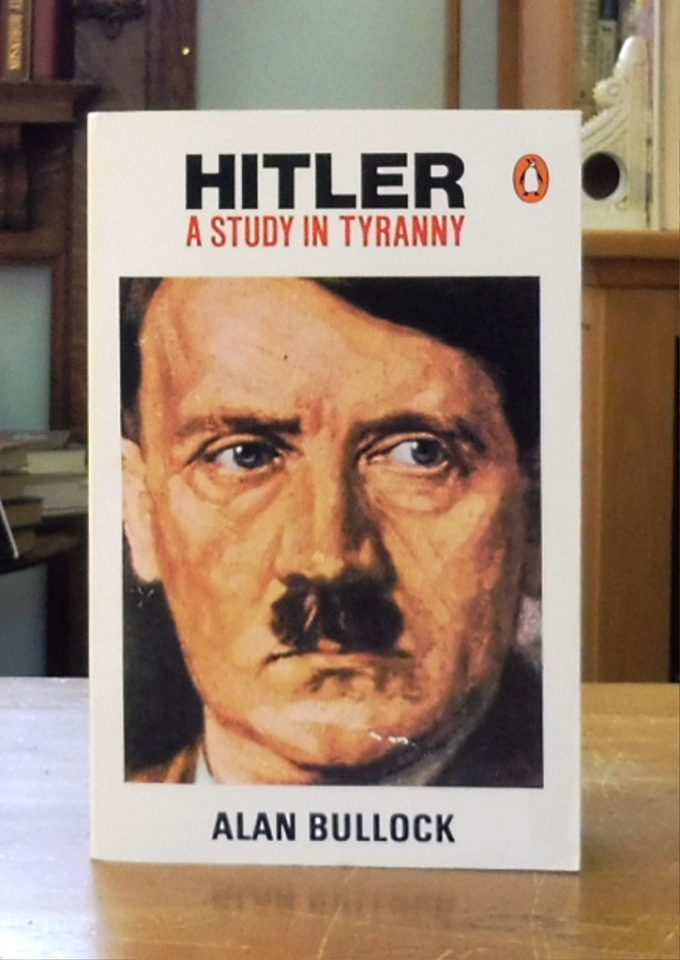 Hitler – A Study In Tyranny by Bullock, Alan

Hitler – A Study In Tyranny by Bullock, Alan. Published by U.K / Penguin Books, 1990.   Text block fine/unread, slight cover wear. This book covers the whole of Hitler’s life, from his obscure beginnings through his advance to supreme absolute power and then his final decline and suicide in the bunker as Russian shells fell around him. Bullock divides the narrative into three main sections. The first deals with Hitler’s early life, his rise to party leader in the years following the first world war, and his gaining of the chancellorship in 1933. The second part describes how he consolidated his position and extended his power once he was in office. The third and final part is about his actions in the second world war. Illustrated with maps.  001395  $20

Be the first to review “Hitler – A Study In Tyranny by Bullock, Alan” Cancel reply