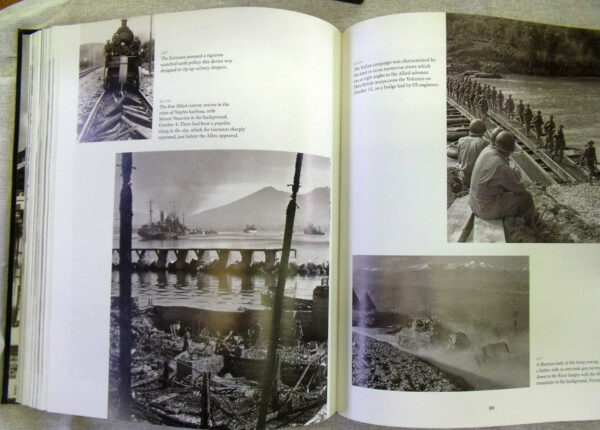 Imperial War Museum: The Second World War In Photographs, Holmes, Richard. Published by Carlton Books, London, 2000, First Edition. Black cloth boards; silver spine titles; black endpapers. Un clipped dust jacket. In pristine condition. Five hundred of the best black-and-white and color images from the photographic archive of the Imperial War Museum in London; includes pictures from collections on every side of the war, including Russian, German, and Japanese, many of which have not been previously published. 400 pages. 001259 $35

Be the first to review “Imperial War Museum: The Second World War In Photographs, Holmes, Richard”