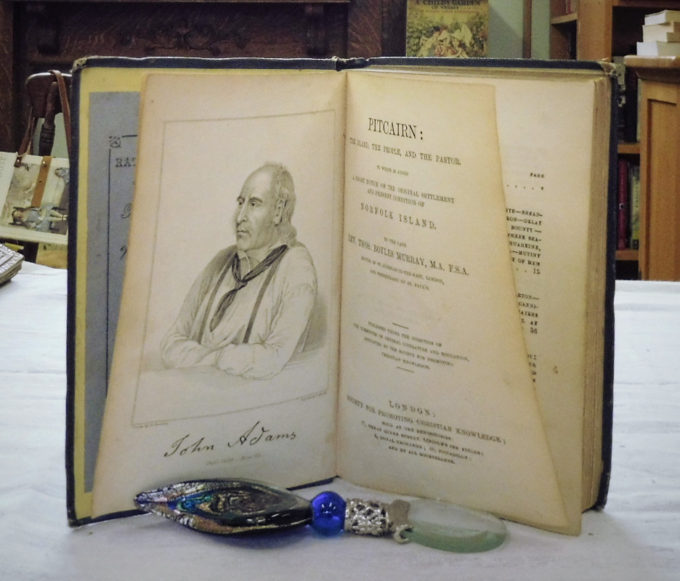 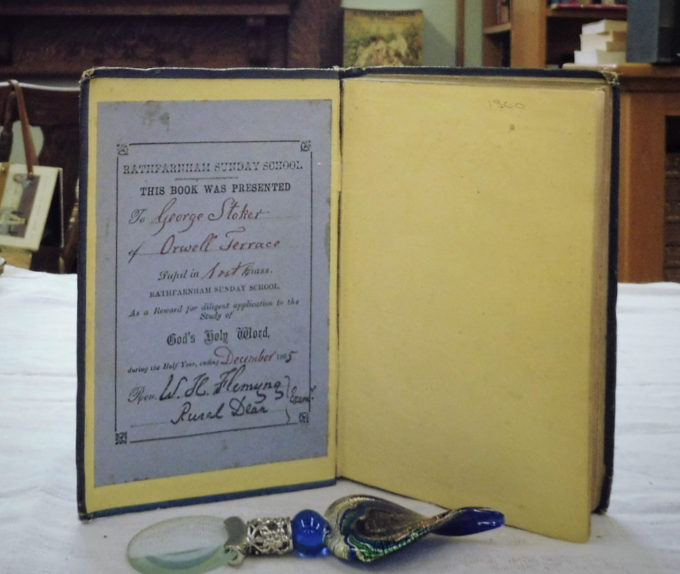 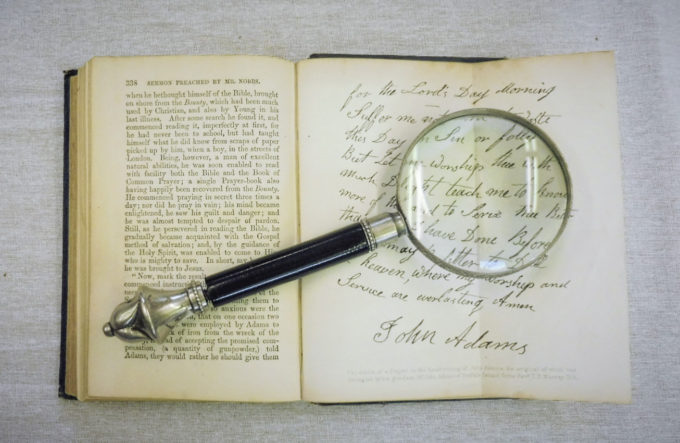 Pitcairn: The Island, the People and the Pastor – Bookplate of George Stoker brother of Bram

Eurasia, Explorations and Expeditions, Historical and Political, Other, Rare and Collectible, Religion

Pitcairn: The Island, the People and the Pastor. To Which is Added a Short Notice of the Original Settlement and Present Condition of Norfolk Island. Revised and Brought up to Date, Rev. Thomas Boyles Murray. Published by Society For Promoting Christian Knowledge. London: R. Clay, Printer, Bread Street Hill. 12th Edition with Preface dated 1860; Sunday School Prize dated 1865 to front paste-down made out to *Georges Stoker dated 1865. 16mo – over 5¾” – 6¾” tall. Pp., xvi,368. 17 plates plus frontis portrait of John Adams and including 1 folding plate with a facsimile of a handwritten signed prayer by John Adams. Blue boards with blind stamped decorative borders front and back and gilt design of the Bounty to front board and gilt titles and designs of **breadfruit to spine; yellow endpapers. Rubbing to boards and edges with fraying to head of spine; hinges cracked although all pages firmly attached.  Contents are fine without markings, tears or folds.

*Bookplate award from Rathfarnham Sunday School presented to: George Stoker of Orwell Terrace, December, 1865. George Stoker (1854-1920) was younger brother of Bram Stoker, author of Dracula. They both lived for a time at Orwell Park, County of Dublin Ireland. George Stoker became a well-known surgeon, garnered many awards in his lifetime and was the originator and pioneer of the use of Oxygen.

**The Bounty’s mission was to bring the breadfruit tree-a cheap and nutritious food source, from Tahiti to the West Indies to feed slaves on English sugar plantations.

Thomas Boyles Murray’s Pitcairn is a classic mid-19th century history of the colony founded in Pitcairn’s Island by the mutineers of the “Bounty”. Murray provides details of the mutiny and the fate of the surviving mutineers in particular that of Alexander Smith (alias John Adams) whose religious conversion laid the foundations of what was seen as a highly-reputed Christian community.  Murray’s book was very popular and frequently reprinted; it was recently included as a primary document IN THE PITCAIRN ISLANDS SUPREME COURT Trials No 1-55/2003 BETWEEN THE QUEEN AND 7 NAMED ACC– USED Hearing: 17, 18, 19, 20, 21 November 2003 6 February 2004.       002673            $160

Be the first to review “Pitcairn: The Island, the People and the Pastor – Bookplate of George Stoker brother of Bram” Cancel reply