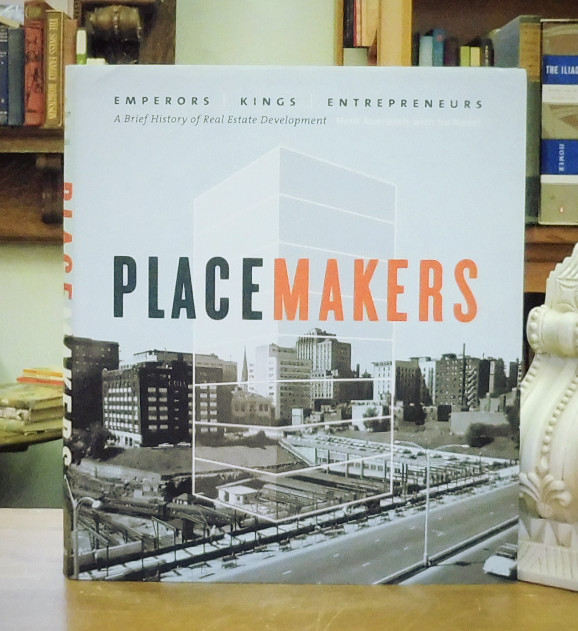 What do Alexander the Great of Macedonia, Cardinal Richelieu, defender of Quebec, and Napoleon III of the Second French Empire have in common? Besides wielding political power and securing their own survival, all three played a leading role in real estate development. Placemakers examines their contributions to place” along with those of other, sometimes unlikely candidates.

From Augustus, emperor of ancient Rome, responsible for shaping the world’s largest city into an imperial capital, to Joseph Smith of frontier America, who preached about the Promised Land” while practicing land speculation, this illustrated volume focuses on the visionaries and profiteers who put their stamp on history and on the land. Meanwhile, it examines their motives, which range from slum clearing to utopian dreams to social engineering.

What these developers built was sometimes monumental; examples include the ziggurat of Ur, a truncated pyramid, and the Pharos of Alexandria, the world’s first lighthouse and tallest structure of the ancient world. At other times their vision changed society think shopping malls and skyscrapers. Placemakers celebrates their legacy around the globe, from the Middle East to Europe and North America, making side trips to China and even outer space. It will appeal to architects, planners and all others who are curious about the history of real estate development.    002401            $50