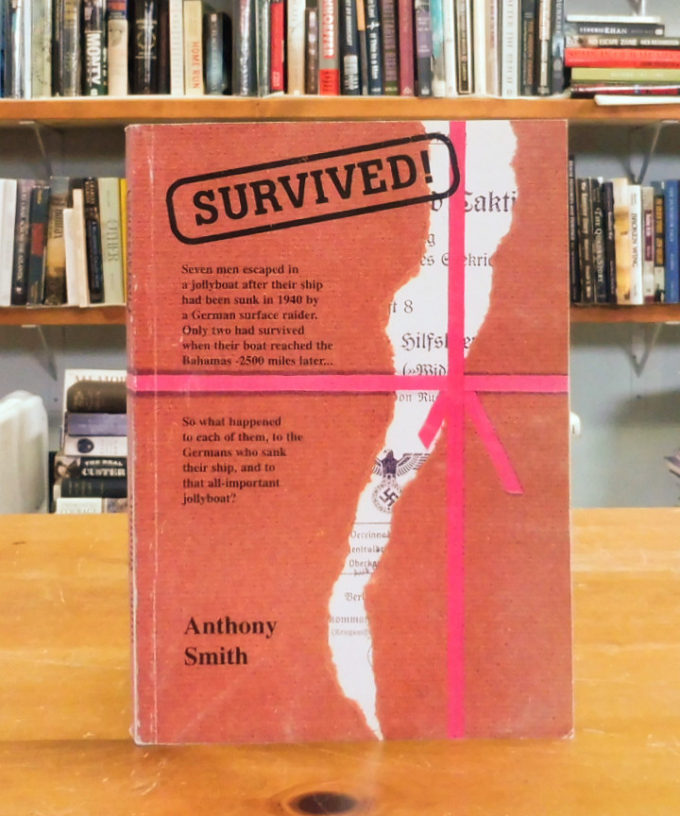 Historical and Political, War and Military, Memoir and Biography

Survived! Smith, Anthony. Published by Quintin Smith, 1998. 166Pp. Illustrated. First Edition. Interior of this rare book is in pristine condition; card covers have slight wear.. A World War II true account of seven men who escaped in a jollyboat after their ship, the Anglo-Saxon was sunk by a German Raider; only two had survived when their boat reached the Bahamas 2500 miles later. 001535 $40

Be the first to review “Survived! Smith, Anthony” Cancel reply