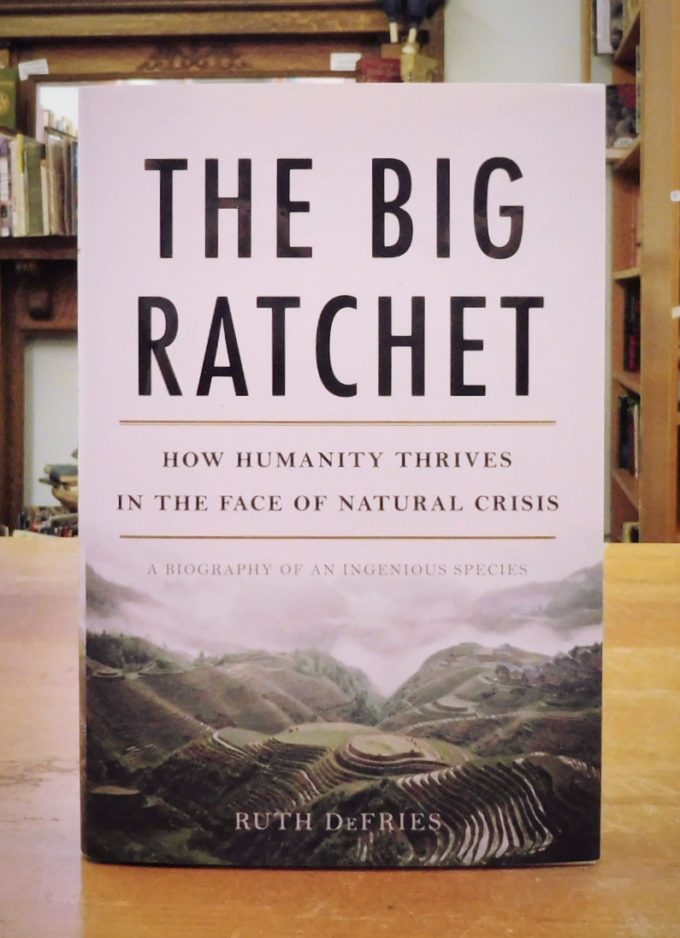 The Big Ratchet: How Humanity Thrives in the Face of Natural Crisis, DeFries, Ruth

World, Other, Reference, Science and Nature

The Big Ratchet: How Humanity Thrives in the Face of Natural Crisis: A Biography of an Ingenious Species by DeFries, Ruth. Published by New York: Basic Books / Perseus, 2014. First Edition. Quarter green over white boards, gilt spine titles, brown endpapers. 8vo up to 9½” tall. 273 pages including index and with illustrations.  Volume in pristine condition in unclipped fine jacket.

“In 1950, there were 2.5 billion of us, only 30 percent of which lived in cities. Today there are nearly 7 billion of us, and more than 50 percent of us live in cities. By 2050, there will be 9 billion humans, with 70 percent of us in cities. Yet humanity’s footprint on the planet has expanded exponentially in the last century. Each manipulation of nature increased the amount of food our species could produce. The result is the Big Ratchet of the twentieth century, and today’s explosion of mouths to feed, meat-laden diets, overcrowded cities, and the irony of overweight populations with too much food in some countries, while others starve.”  002819            $15