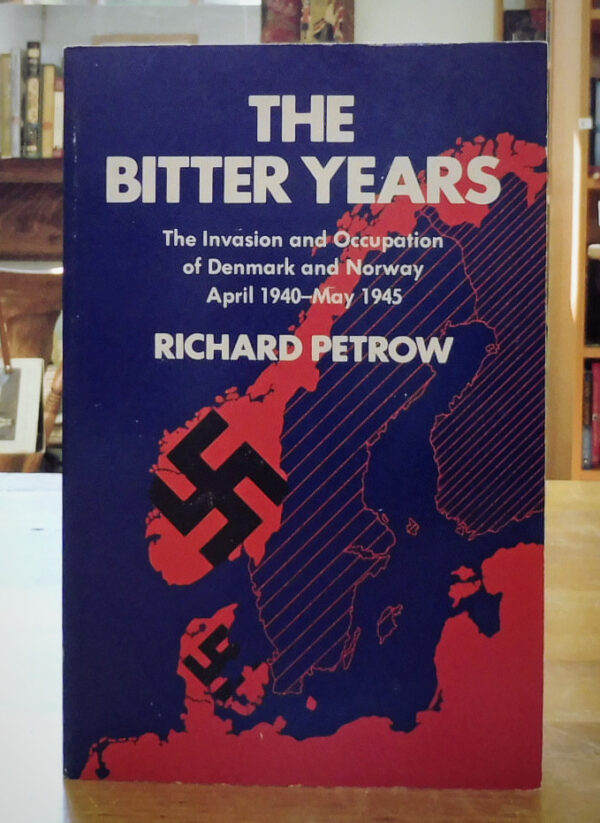 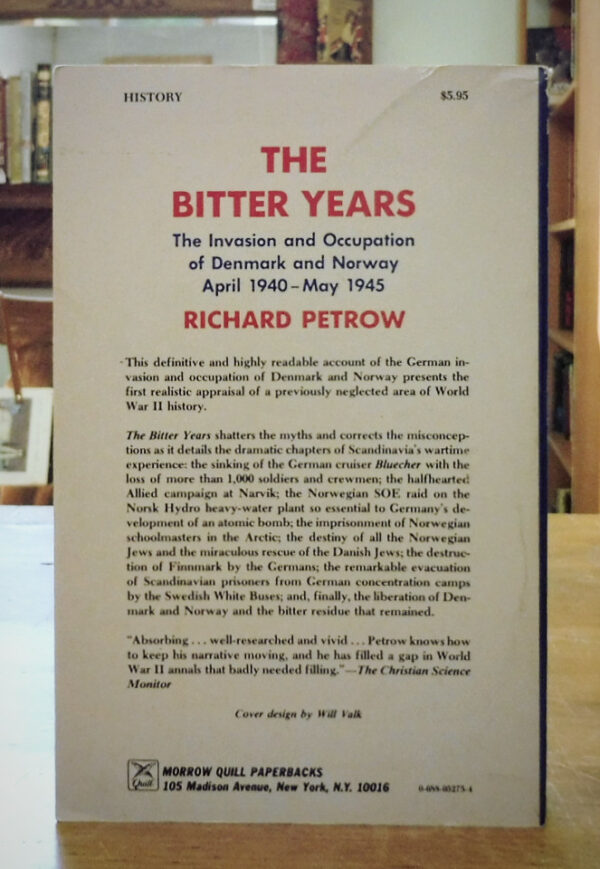 The Bitter Years: The Invasion and Occupation of Denmark and Norway April 1940 – May 1945, Petrow, Richard

The Bitter Years: The Invasion and Occupation of Denmark and Norway April 1940 – May 1945, Petrow, Richard. Published by William Morrow and Company, Inc., New York, 1974. First paperback Edition. 8vo. up to 9½” tall. 403 pages including maps, bibliography, index and photographic sections. Card covers.  Light shelf wear to covers; contents unread and in fine condition. Richard Petrow provides a detailed account of  Scandinavia’s wartime experience: the sinking of the German cruiser Bluecher with the loss of more than 1,000 soldiers and crewmen; the half hearted Allied campaign at Narvik; the Norwegian SOE raid on the Norsk Hydro heavy-water plant essential to Germany’s development of an atomic bomb; the imprisonment of Norwegian schoolmasters in the Artic; the destiny of Norwegian Jews and the miraculous rescue of the Danish Jews; the destruction of Finnmark by the Germans; the remarkable evacuation of Scandinavian prisoners from German concentration camps by the Swedish White Buses; and, finally the liberation of Denmark and Norway and the bitter residue that remained.” 002766    $25

Be the first to review “The Bitter Years: The Invasion and Occupation of Denmark and Norway April 1940 – May 1945, Petrow, Richard”