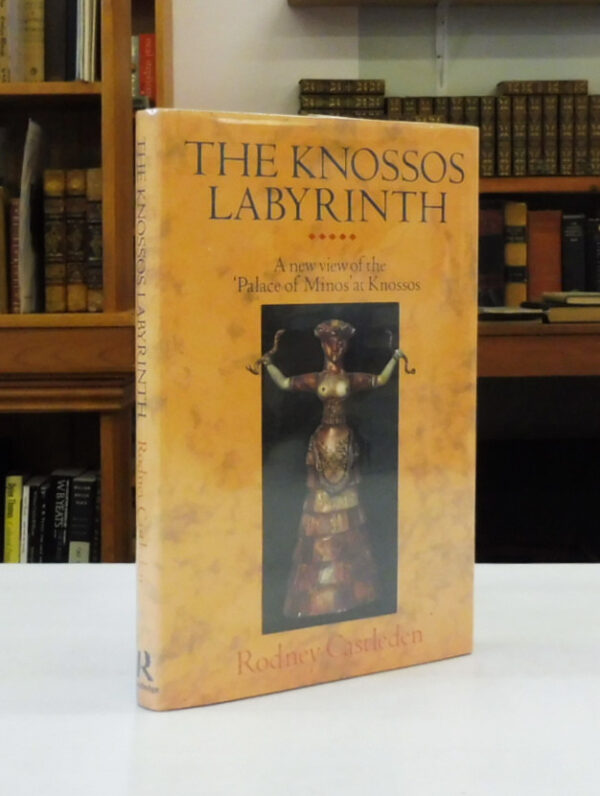 Knossos, like the Acropolis or Stonehenge, is a symbol for an entire culture. The Knossos Labyrinth was first built in the reign of a Middle Kingdom Egyptian pharaoh, and was from the start the focus of a glittering and exotic culture. Homer left elusive clues about the Knossian court and when the lost site of Knossos gradually re-emerged from obscurity in the nineteenth century, the first excavators – Minos Kalokairinos, Heinrich Schliemann, and Arthur Evans – were predisposed to see the site through the eyes of the classical authors. … Castleden puts forward alternative interpretations – that the building was a necropolis or a temple – and argues that the temple interpretation is the most satisfactory in the light of modern archaeological knowledge about Minoan Crete.