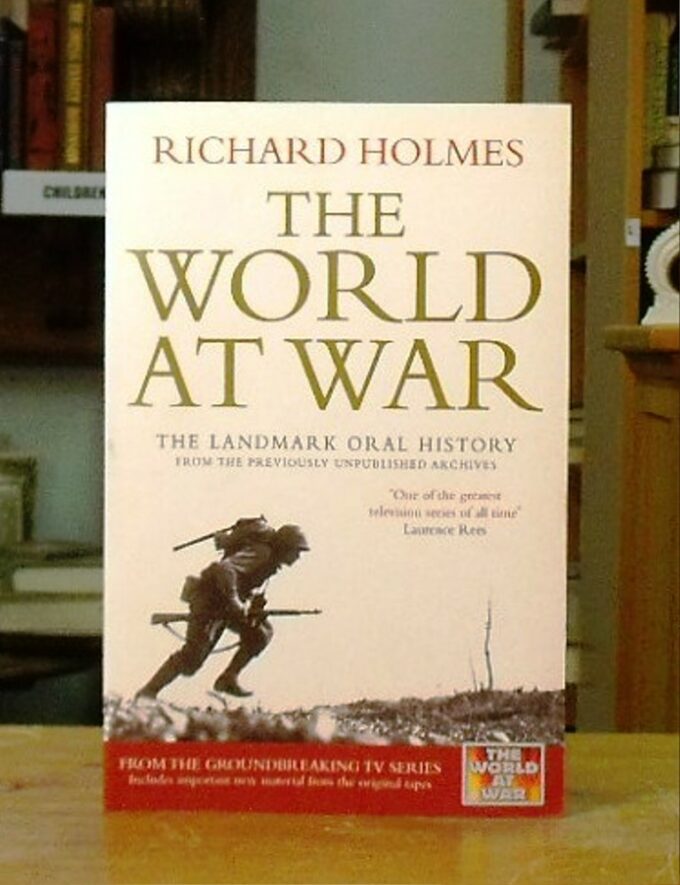 The World At War, Holmes, Richard

The World At War: The Landmark Oral History From The Previously Unpublished Archives, Holmes, Richard.  Published by Ebury Press, 2008.  Soft cover in fine condition without markings, tears or folds. The World at War “is the definitive television work on the Second World War. It set out to tell the story of the war through the testimony of key participants – from civilians to ordinary soldiers, from statesmen to generals. First broadcast in 1973, the result was a unique and irreplaceable record since many of the eyewitnesses captured on film did not have long to live. The programme’s producers committed hundreds of interview-hours to tape in its creation, but only a fraction of that recorded material made it to the final cut. For more than 30 years the interviews were not allowed to be published. Interviews include Albert Speer, Karl Wolff (Himmler’s adjutant), Traudl Junge (Hitler’s secretary), James Stewart (USAAF bomber pilot and Hollywood star), Anthony Eden, John Colville (Parliamentary Private Secretary to Winston Churchill), Averell Harriman (US Ambassador to Russia) and Arthur ‘Bomber’ Harris (Head of RAF Bomber Command).  001494      $15

Be the first to review “The World At War, Holmes, Richard” Cancel reply