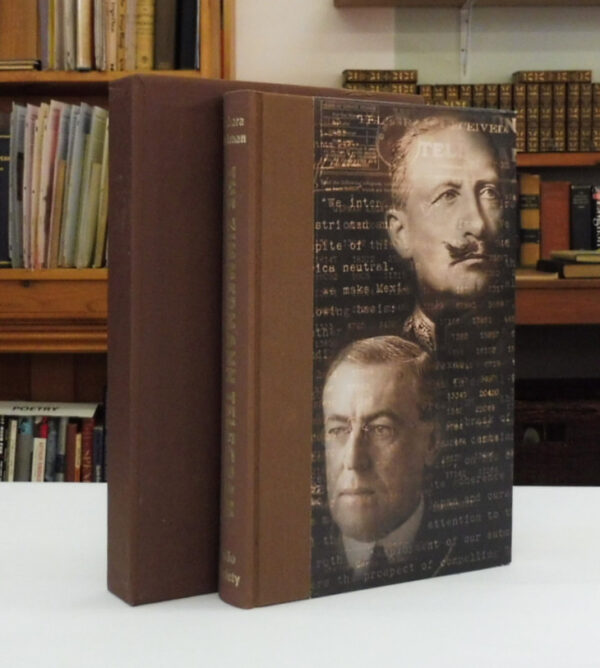 The Zimmermann Telegram, Tuchman, Barbara; introduction by Margaret MacMillan. Published by The Folio Society, London, 2005. 8vo up to 9½” tall., xxi + 225pp.; Illustrated with black and white photos. Quarter brown cloth over pictorial boards; gilt spine titles. Housed in a brown slipcase. Volume is in mint condition; slipcase has small bump and otherwise fine. The Zimmermann Telegram was a secret diplomatic communication issued from the German Foreign Office in January 1917 that proposed a military alliance between Germany and Mexico. If the United States entered World War I against Germany, Mexico would recover Texas, Arizona, and New Mexico.

Barbara Tuchman was an American historian and author. She was awarded two Pulitzer Prizes one of which was for The Guns of August, a best-selling history of the prelude to and the first month of World War I.