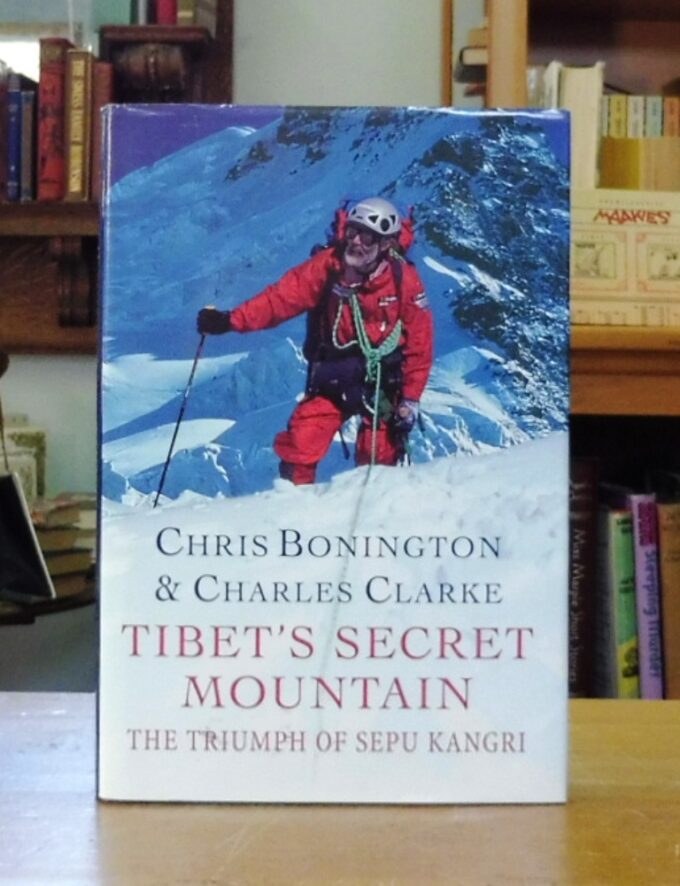 Biography and Memoir, Other, Non-Fiction, Science and Nature

‘In the last decade of the twentieth century it is almost unbelievable that a mountain range of length comparable to the entire Nepal Himalaya should still remain a vague notion to the geographers and exploratory mountaineers. But such is the mountain range in Tibet that Chris Bonington and Charles Clarke and their team explored. Its highest peak, Sepu Kangri, is 22,802 ft. Amazingly as Bonington says, the area had never been visited by Europeans until his reconnaissance in August 1996. In place of maps Bonington and Clarke had to ask the way to “the Great Snow Mountain by the Sacred Lake”. The valley of the Diru – a Shangri-la for real, an unknown Tibetan world portray an extraordinary expedition. Charles Clarke, a consultant neurologist and the doctor of the team, add another aspect as Tibetans came from miles around for consultations. Clarke chapter’s of the book include vivid descrpitions of  Tibetan medicine, mountain medicine and the history of Tibetan travel’.

Sir Chris Bonington’s career has included nineteen expeditions to the Himalayas, including four to Mount Everest and the first ascent of the south face of Annapurna. Charles Clarke is a Neurologist specializing  in high altitude medicine and cold injury  and has taken part in several mountaineering, expeditions to remote areas and high altitude . 002125         $50