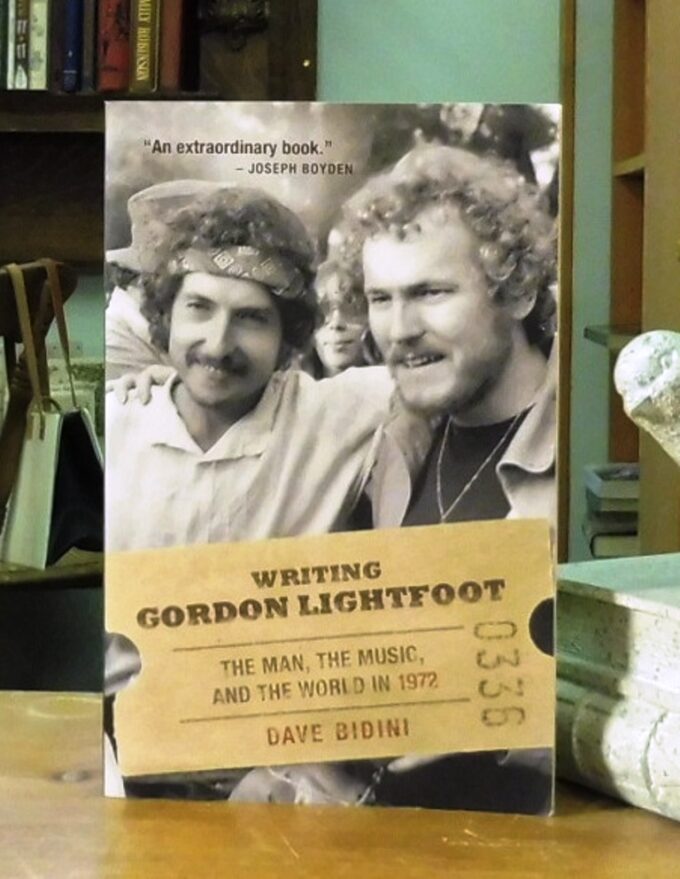 Writing Gordon Lightfoot: The Man, the Music, and the World in 1972, Bidini, Dave. Published by McClelland & Stewart, Toronto, 2012. Soft cover. In fine condition without marks, tears or folds.
“From acclaimed musician and author Dave Bidini comes a brilliantly original look at a folk-rock legend and the momentous week in 1972 that culminated in the Mariposa Folk Festival. July, 1972. As musicians across Canada prepare for the nation’s biggest folk festival, held on Toronto Island, a series of events unfold that will transform the country politically, psychologically–and musically. As Bidini explores the remarkable week leading up to Mariposa, he also explores the life and times of one of the most enigmatic figures in Canadian music: Gordon Lightfoot, the reigning king of folk at the height of his career. Through a series of letters, Bidini addresses Lightfoot directly, questioning him, imagining his life, and weaving together a fascinating, highly original look at a musician at the top of his game. By the end of the week, the country is on the verge of massive change and the ’72 Mariposa folk fest–complete with surprise appearances by Bob Dylan, Neil Young, Joni Mitchell, and yes, Lightfoot–is on its way to becoming legendary”. 001996 $15