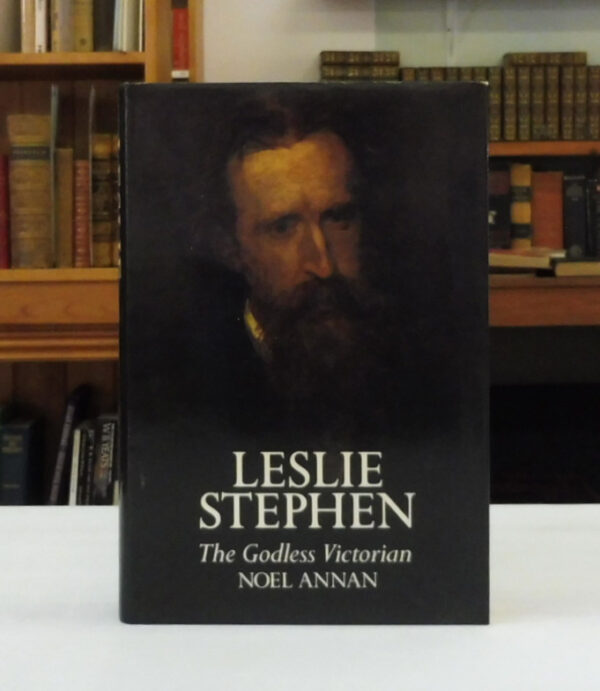 Leslie Stephen: The Godless Victorian, Noel Annan. Published by Weidenfeld & Nicolson, London, 1984. 8vo up to 9½” tall., 432pp. with black and white illustrations. Brown boards. Volume is in fine condition; dustjacket has toning to inside flaps, a small round purple sticker, light edge wear. First published in 1951, this 1984 edition is revised and expanded with 30 years of additional research. Revised and expanded edition of Annan’s 1951 biography.

Sir Leslie Stephen was a prestigious English ‘man of letters’ and was the first editor of the Dictionary of National Biography. His other major works were English Thought in the Eighteenth Century (1876) Science of Ethics (1882), English Utilitarianism (1900). Sir Stephen was the father of Virginia Woolf and Vanessa Bell, portrayed by Woolf as Mr. Ramsey in To the Lighthouse. 3385      $35