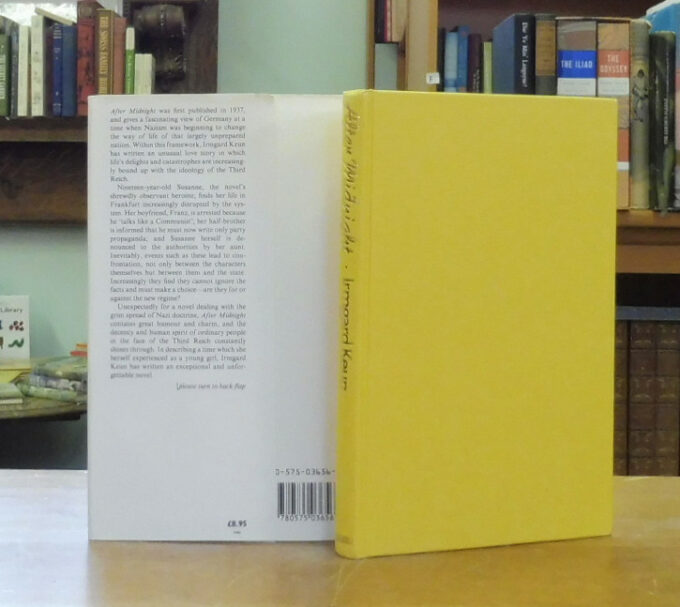 In 1937, German author Irmgard Keun had only recently fled Nazi Germany with her lover Joseph Roth when she wrote this slim, exquisite, and devastating book. It captures the unbearable tension, contradictions, and hysteria of pre-war Germany like no other novel. Yet even as it exposes human folly, the book exudes a hopeful humanism. It is full of humor and light, even as it describes the first moments of a nightmare. After Midnight is a masterpiece that deserves to be read and remembered anew.

Imgard Keun (1905–1982) became a sensation in her native Germany with the 1931 publication of her first novel, Gilgi, when she was 21. But her second novel, The Artificial Silk Girl, landed her on the Nazi blacklist. Eventually sentenced to death, she fled the country and staged her own suicide…then snuck back into Germany where she lived undercover for the duration of the war. Translator Anthea Bell, is the recipient of the Schlegel Tieck Prize for translation from German, the Independent Foreign Fiction Prize, and the Helen and Kurt Wolff Prize in 2002 for the translation of W. G. Sebald’s Austerlitz, and the 2003 Austrian State Prize for Literary Translation.  002402        $140

Be the first to review “After Midnight, Irmgard Keun” Cancel reply