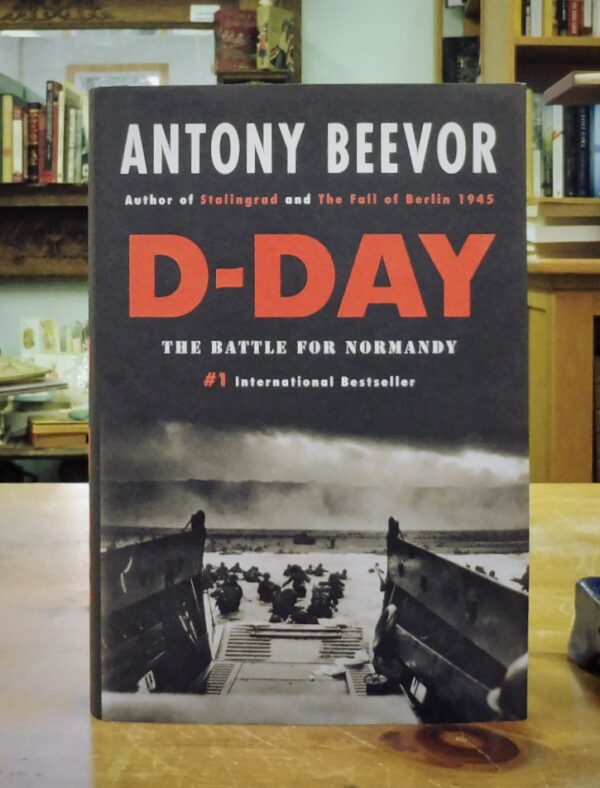 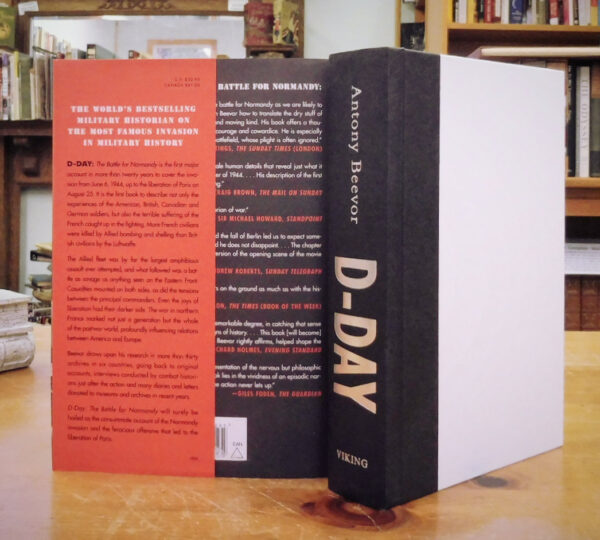 D-Day: The Battle For Normandy, Beevor, Antony. Published by Viking Pr, NY, 2009. 592pp with Index. First American Edition; First Printing. White/black cloth boards; gilt spine titles; mapped endpapers. Un-clipped jacket. Photo illus. In b&w. In pristine, unread condition. “This is the first major account in more than twenty years to cover the whole invasion from June 6, 1944, right up to the liberation of Paris on August 25. It is the first book to describe not only the experiences of the American, British, Canadian, and German soldiers, but also the terrible suffering of the French caught up in the fighting.” 001495 $40

Be the first to review “D-Day: The Battle For Normandy, Beevor, Antony”