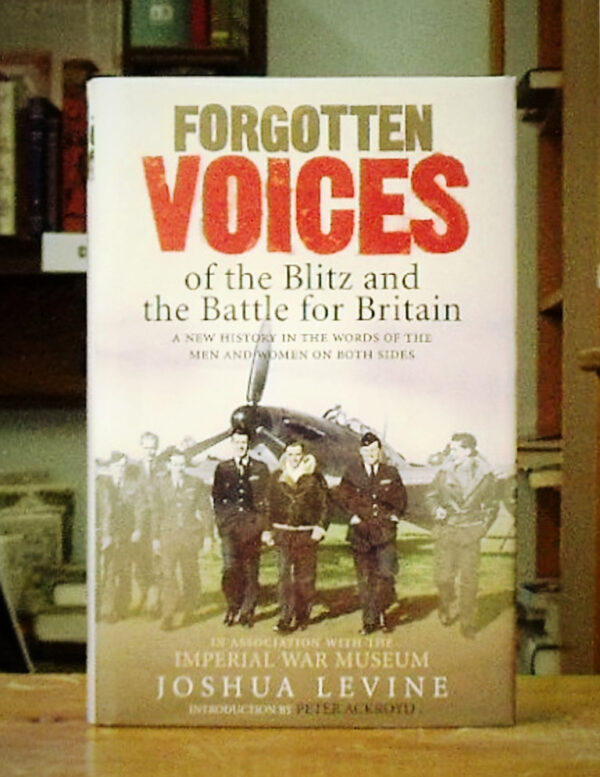 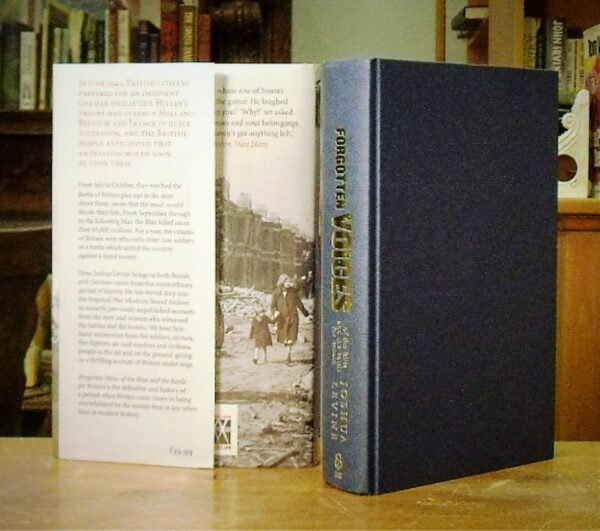 Forgotten Voices Of The Blitz And The Battle Of Britain

Forgotten Voices Of The Blitz And The Battle Of Britain A New History In The Words Of The Men And Women On Both Sides, Levine, Joshua. Published by Ebury Press, London, 2006. Blue boards, Gilt spine titles, photo illustrated endpapers; unclipped dust jacket. In Mint/As New condition; in mylar. 001415 $30

Drawing material from the Imperial War Museum’s extensive aural archive, Joshua Levine provides first-hand testimonies from those involved in Dunkirk and the Battle of Britain, Black Saturday on 7th September 1940 when the Luftwaffe began the Blitz, to its climax on the 10th May 1941: soldiers, airmen, fire-fighters, air-raid wardens and civilians, people in the air and on the ground, on both sides of the battle. In June 1940, British citizens prepared for an imminent German onslaught. Hitler’s troops had overrun Holland, Belgium and France in quick succession, and the British people anticipated an invasion would soon be upon them. From July to October, they watched the Battle of Britain play out in the skies above them, aware that the result would decide their fate. Over the next nine months, the Blitz killed more than 43,000 civilians. For a year, the citizens of Britain were effectively front-line soldiers in a battle which united the country against a hated enemy.