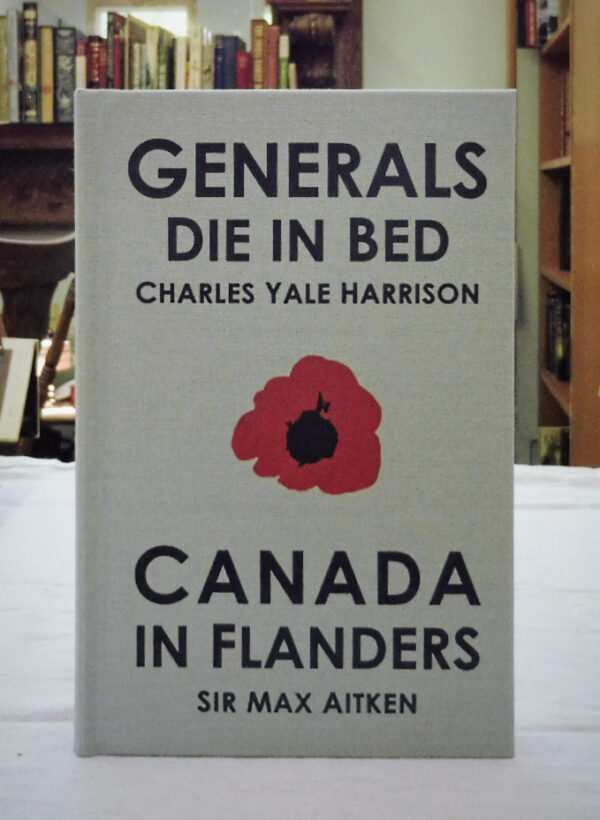 One volume hardcover edition of these two works on WW I. Generals Die in Bed was written by Canadian writer and journalist, Charles Yale Harrison (1898-1954). Canada in Flanders was written by Sir William Maxwell Aitken (1879-1964). These two books, together for the first time in this beautiful edition, document Canada’s involvement in World War I. Generals Die in Bed, was published in 1930, in both the United Kingdom and the United States, and was compared to such classic war literature as All Quiet on the Western Front and A Farewell to Arms

August 1914, at the outbreak of the First World War, Aitken became honorary Lieutenant-Colonel and was appointed to help the Canadian Overseas Expeditionary Force.  He was instrumental in creating the Canadian War Records Office in London and arranged for stories about Canadian forces appearing in newspapers.  In January 1916, Aitken published the first volume of “Canada in Flanders”.  002691 $25

Be the first to review “Generals Die in Bed, Charles Harrison & Canada In Flanders, Max Aitken”