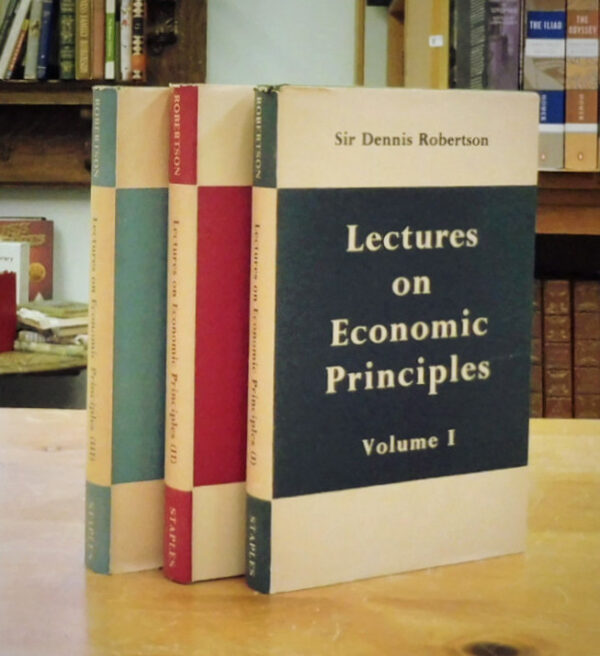 “Sir Dennis Robertson (1890-1963) was a major figure in the development of economic theory in the 20th century, particularly in the fields of monetary and business cycle theory and policy. He worked closely with John Maynard Keynes in the 1920s and 1930s although the two later had a falling out. During World War II Robertson handled financial relations between Great Britain and the United States and played an important role in the Bretton Woods Monetary Conference”. Lectures on Economic Principles was written after his retirement from Cambridge University where he had been a Professor of Political Economy.
.