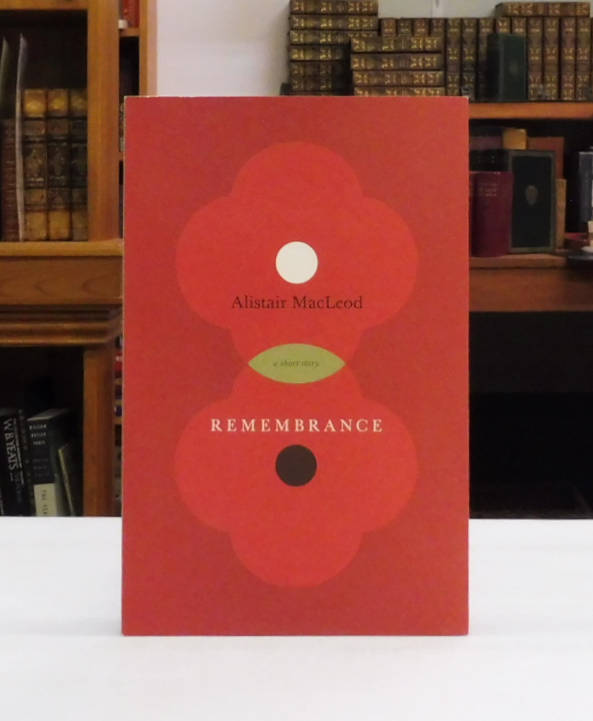 Alistair Macleod was an esteemed writer who was awarded several literary awards and additionally named an Officer of the Order of Canada and, a fellow of the Royal Society of Canada.  In Remembrance, was issued as a limited-edition chapbook commissioned by The Vancouver Writers Fest. It was the last published story by MacLeod who died in 2014.

In the year of his death, McClelland & Stewart published the story in hardcover edition; the following summary is from the dust jacket: “In the early morning hours of November 11, David MacDonald, a veteran of the Second World War, stands outside his Cape Breton home, preparing to attend what will likely be his last Remembrance Day ceremony. As he waits for the arrival of his son and grandson, he remembers his decision to go to war in desperation to support his young family. He remembers the horrors of life at the frontlines in Ortona, Italy, and then what happened in Holland when the Canadians arrived as liberators. He remembers how the war devastated his own family, but gave him other reasons to live. What emerges is an elegant, life-affirming meditation on “how the present always comes out of the past,” and how even in the midst of tragedy and misfortune there exists the possibility for salvation”.   002349     $160