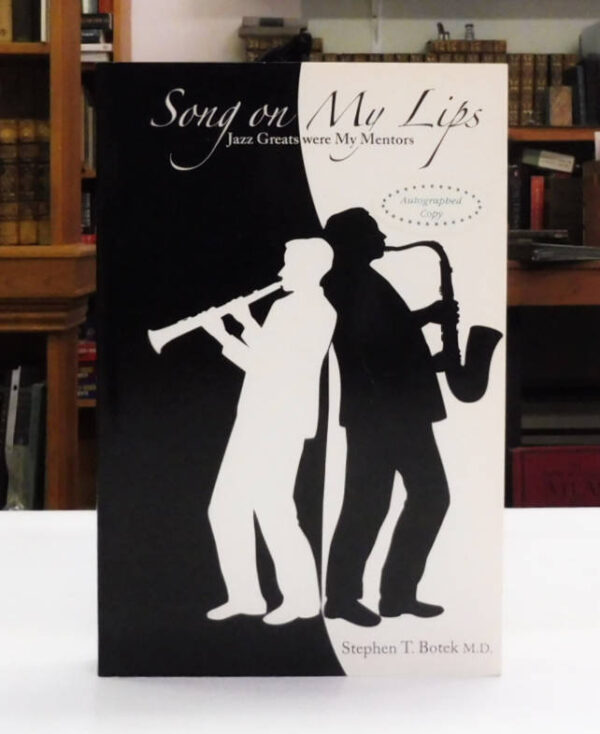 Song on My Lips, Jazz Greats Were My Mentors, Botek, Stephen T.

Growing up in small-town Pennsylvania in the shadow of the Dorseys, Botek decides to follow his muse to a future in jazz. He gets mentored by clarinet great Buddy DeFranco and saxophone legend Joe Allard, meets up with greats such as Artie Shaw and Dizzy Gillespie along the way, and follows in Glenn Miller’s footsteps with the Army Air Force Band. A primer on the jazz era.