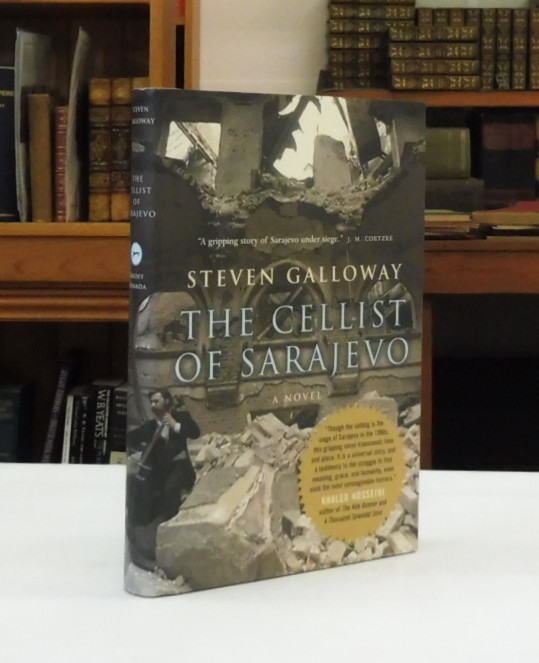 The Cellist of Sarajevo, Galloway, Steven. Published by Alfred A. Knopf Publisher, Toronto, 2008. First Edition, later printing. Inscribed by author to title page: “for — With thanks and hope”. 8vo up to 9½” tall., 261pp. Brown boards with gilt spine titles. Both volume and unclipped jacket are in fine condition, appears unread.

Steven Galloway depicts the siege of Sarajevo in the early 1990s in his taut, compelling third novel. The narrative was inspired by the real story of a cellist who braved danger every day to play an adagio in a public square to commemorate the victims of a bombing attack. The story is told through the eyes of three characters, including a sniper enlisted to protect the cellist. The Cellist of Sarajevo captures what it’s like to live in a war zone with visceral clarity. – CBC Books