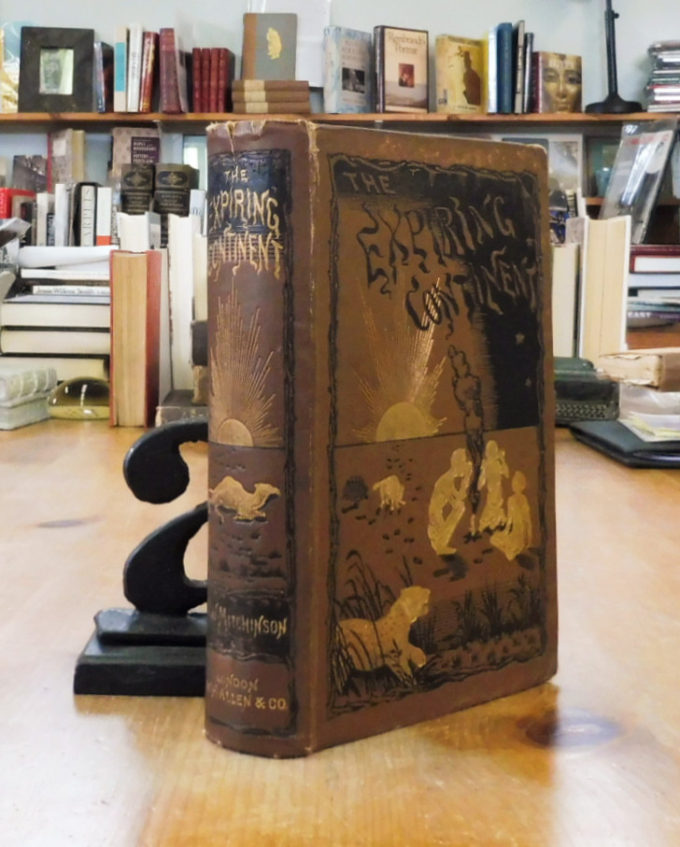 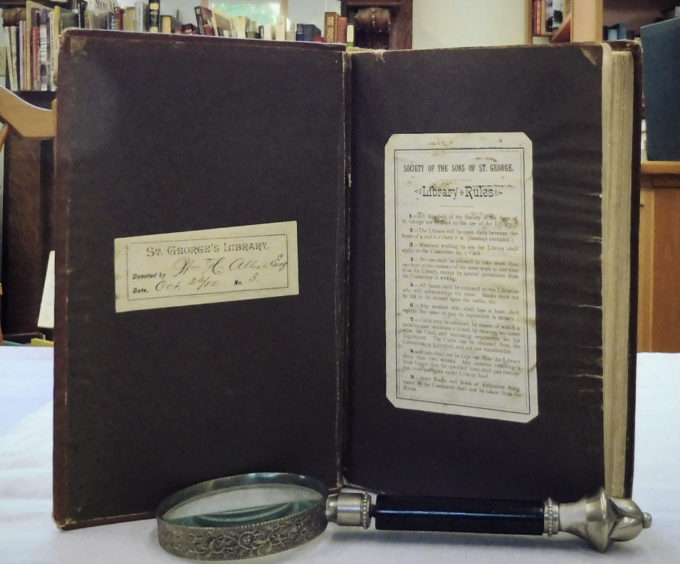 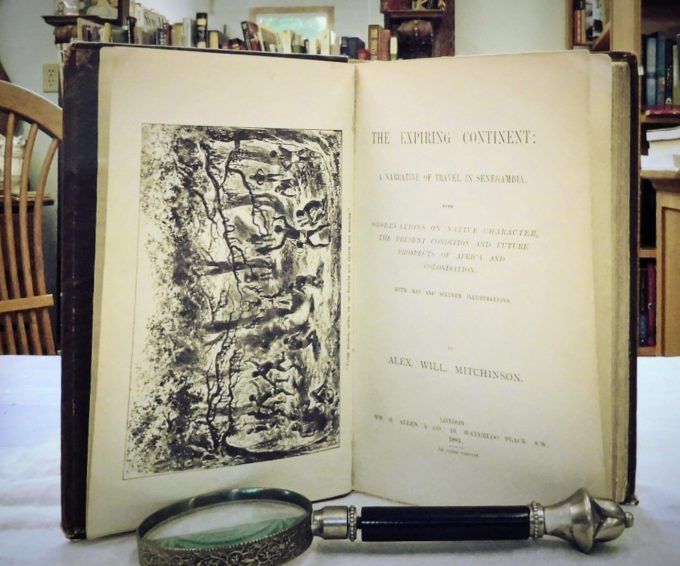 The Expiring Continent: A Narrative of Travel in Senegambia, Mitchinson, Alexander, William

The Expiring Continent: A Narrative of Travel in Senegambia, With Observations On Native Character, The Present Condition And Future Prospects of Africa And Colonisation by Mitchinson, Alexander, William.

Published by London: Wm. H. Allen And Co., 1881. First Edition. 8vo up to 9½” tall. pp. viii, 469. Tipped in folding map of Senegambia backed on linen and 16 full page black and white illustrations including frontis. Brown boards with stylized titles and elaborate illustrations in black and gilt to front and spine.  Brown endpapers. Label on pastedown indicating volume donated to Saint George’s Library, by Wm. H. Allen Eng. October 23rd, 1882. Library Rules to free endpaper and “donated by publishers” in brown script to versus. Contents in fine condition; binding is tight with a light spine slant. Boards have rubbing to edges and corners with fraying and tiny closed tiny closed tear head of spine; gilt and black remain bright.  A lovely scarce volume.

A narrative of the author’s travels up the River Senegal from St. Louis and up the Gambia from Bathurst, covering a wide range of topics and providing details on native manners and customs, fauna, agriculture, the abolition of slavery, religion and missionaries. Sample contents are: Gambia tribes, English policy, Native wars and their results, Chief Maba, King Macadou, Colonisation, Misused rights, African slaves and masters, Fatatenda, Wooli people, Baraconda, A lion and dog fight, The Magic Flute, A Snake Temple. From the Author’s Preface: “The aim of the Author of the following pages has been to describe some of the more interesting passages of a journey in a part of the world too little known…   it is hoped that the information here given may be not only of interest to the general public but help to clear away the obscurity and misapprehension as to the negro race which have hitherto so greatly hindered the successful colonisation of Africa. The Author also hopes that this volume may be of some value to those engaged in establishing and developing African commerce and who have the welfare of their mother country as well as that of the African people at heart. “  002710