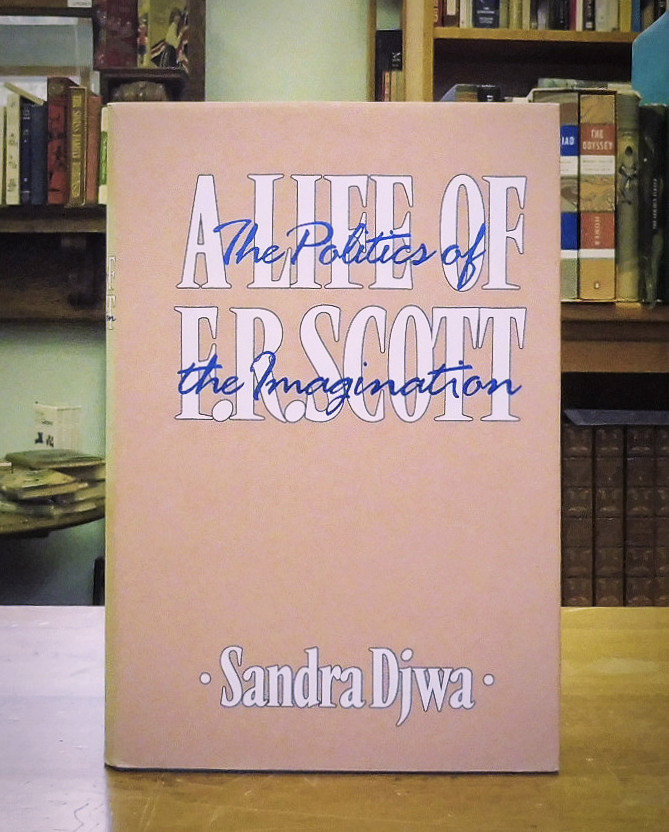 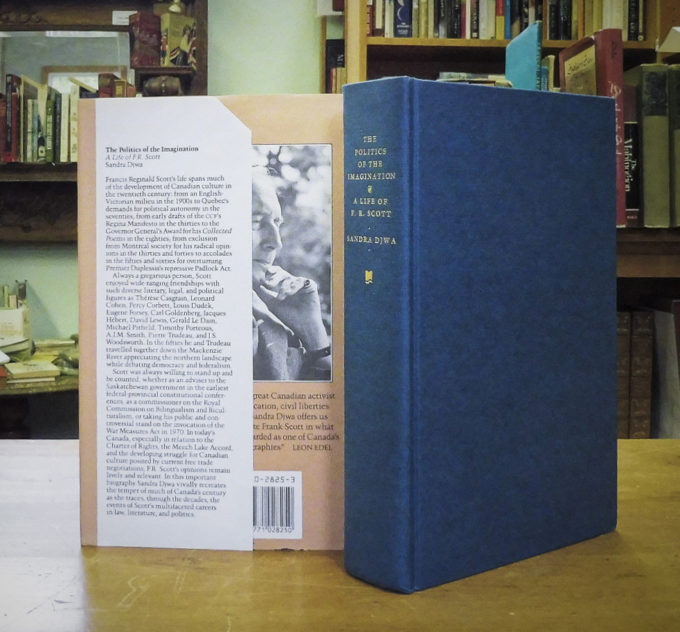 The Politics of the Imagination: A Life of F. R. Scott

To read this book is to see modern Canadian history and the Canadian identity take shape in front of you. No concerned Canadian, especially those under 40, can afford not to read it.  And because of Djwa’s skill and style, it is an unalloyed pleasure to do so. Arnold Edinborough, Financial Post, 14 March 1988

In her thoroughly documented and lucidly written study (it reads like a novel), Sandra Djwa has captured all the great qualities which made Frank Scott one of the most respected Canadians of this century, indeed, of any of our centuries. Douglas C. Lochhead, Telegraph-Journal, 1988

Frank Scott or F. R. Scott (1899 – 1985) was a Canadian poet, intellectual and constitutional expert. He helped found the first Canadian social democratic party, the Co-operative Commonwealth Federation, and its successor, the New Democratic Party. He won Canada’s top literary prize, the Governor General’s Award, twice, once for poetry and once for non-fiction.  002589     $50

Be the first to review “The Politics of the Imagination: A Life of F. R. Scott” Cancel reply