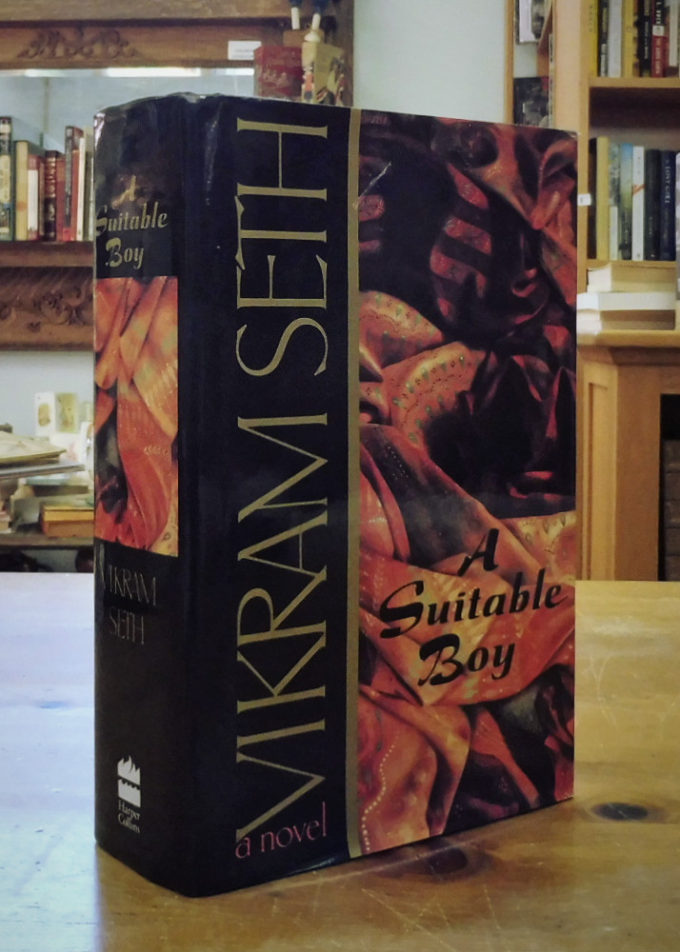 “A Suitable Boy is set in a newly post-independence, post-partition India. The novel follows the story of four families over a period of 18 months, The novel alternately offers satirical and earnest examinations of national political issues in the period leading up to the first post-Independence national election of 1952, including Hindu–Muslim strife, the status of lower caste peoples such as the jatav, land reforms and the eclipse of the feudal princes and landlords, academic affairs, abolition of the Zamindari system, family relations and a range of further issues of importance to the characters. At 1,349 pages and 591,552 words, the book is one of the longest novels ever published in a single volume in the English language.” 002842            $30