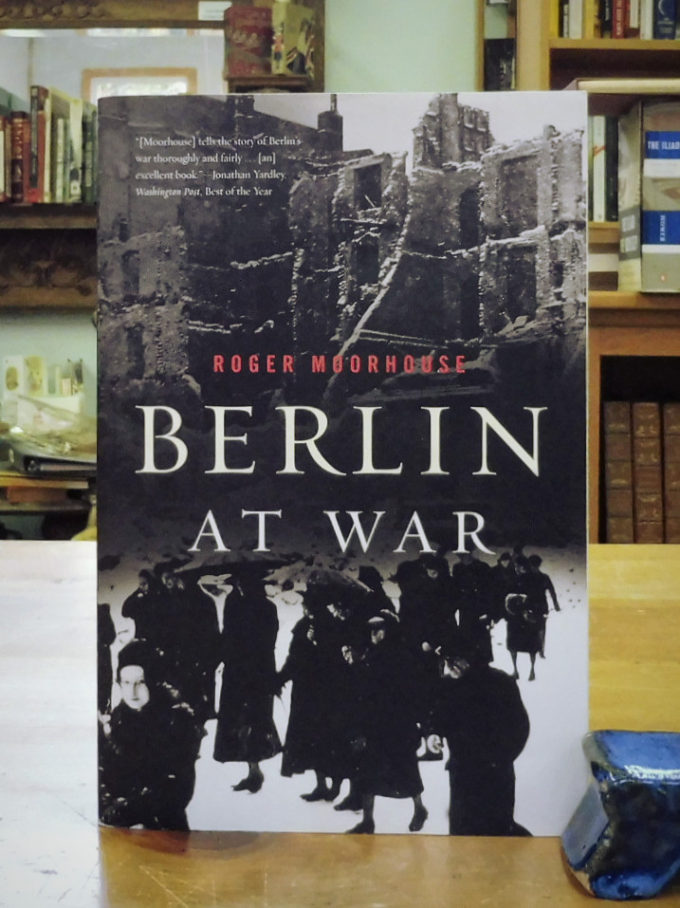 Berlin At War, Moorhouse, Roger. Published by Basic Books Inc, New York, 2010 2012. First Paperback Edition. ” In the summer of 1939, Berliners were optimistic and grateful to their Führer for Germany’ s improving economy and political order–above all, the country was at peace. That was to change with the declaration of war on September 1. . with blackouts, rationing, and beginning in 1940 the air raids that would leave Berlin in ruins. Foreign forced laborers poured in to work in military factories, as Jews boarded trains, headed for annihilation. A network of informers aided a ubiquitous Gestapo with a veritable epidemic of denunciations as civic relations in the city collapsed. At war’s end Berlin became the Reich’ s final battleground as the Red Army paid back four years of atrocities with an orgy of looting and rape”.  With black and white photographs and map. 001398   $20