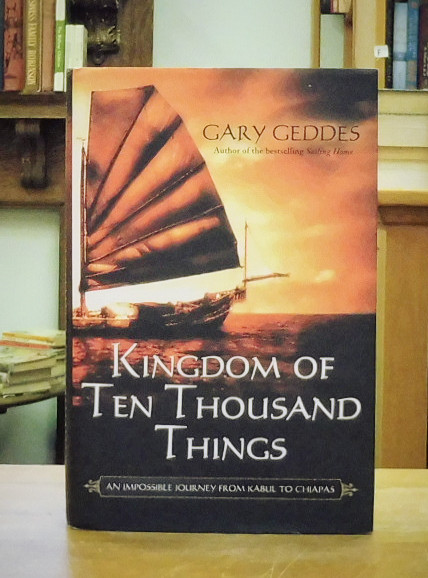 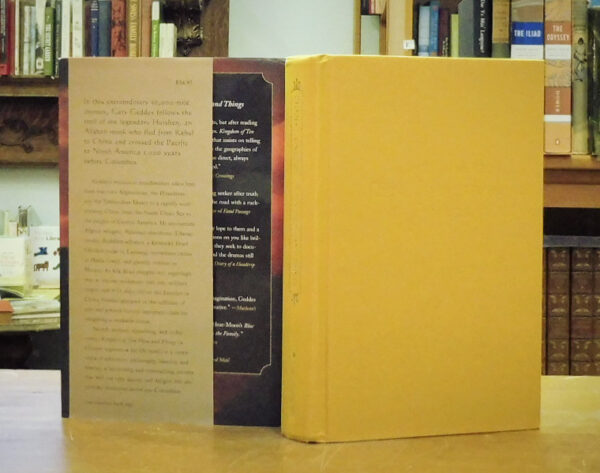 From war-torn Afghanistan, through the snow-capped Himalayas and across the burning sands of the Taklamakan desert, to a rapidly modernizing China and on to the Central American jungles: it is an impossible journey, but one that Gary Geddes eagerly undertook in order to retrace the voyage of the legendary 5th-century Buddhist monk Huishen. Geddes was long fascinated with stories of Huishen’s life and travels: this Afghan holy man fled Kabul for China and may have crossed the Pacific to North America 1,000 years before Columbus.

The length and breadth of this expedition, and its difficulty, would have been amazing enough on its own, but Geddes’s trip takes on an added dimension and poignancy due to its timing: he reaches Afghanistan one month before September 11, 2001 and arrives in China as the tragic events unfold.

Along the way, Geddes encounters Afghan refugees, Pakistani dissidents, Tibetan monks, Buddhist scholars, a KFC outlet in Luoyang, mysterious cairns in Haida Gwaii, and ghostly remains in Mexico. As the Silk Road morphs into superhighways, ancient sculptures turn into military targets, Geddes glimpses, in the collision of past and present history, important clues for imagining a workable future. Gary Geddes is a Canadian poet, writer, editor and critic.         002417            $20

Be the first to review “Kingdom of Ten Thousand Things, Gary Geddes – Signed”