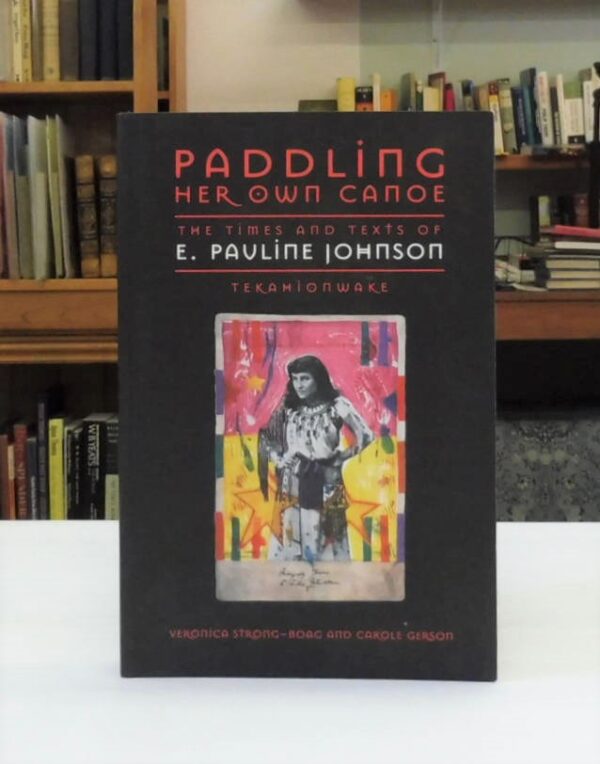 Frequently dismissed as a nature poet and an Indian Princess, E. Pauline Johnson (1861-1913) was not only an accomplished thinker and writer but a contentious and passionate personality who talked back to Euro-Canadian culture. Paddling Her Own Canoe is the only major scholarly study that examines Johnson s diverse roles as a First Nations champion, New Woman, serious writer and performer, and Canadian nationalist. A Native advocate of part-Mohawk ancestry, Johnson was also an independent, self-supporting, unmarried woman during the period of first-wave feminism. Her versatile writings range from extraordinarily erotic poetry to polemical statements about the rights of First Nations. Based on thorough research into archival and published sources, this volume probes the meaning of Johnson s energetic career and addresses the complexities of her social, racial, and cultural position. While situating Johnson in the context of turn-of-the-century Canada, the authors also use current feminist and post-colonial perspectives to reframe her contribution. Included is the first full chronology ever compiled of Johnson’ s writing. Paddling Her Own Canoe was awarded the Raymond Klibansky Prize by the Canadian Federation for the Humanities and Social Sciences.