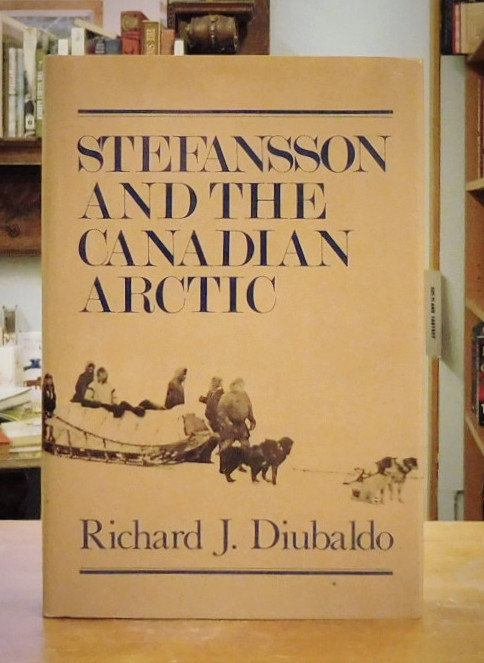 Vilhjalmur Stefansson, (1879-1962) was one of Canada’s most renowned Arctic explorers. “Stefansson’s contributions to arctic exploration are immense. He discovered some of the world’s last major land masses in the Arctic and his hydrographic soundings outlined, for the first time, the continental shelf from Alaska to Prince Patrick Island and revealed the submarine mountains and valleys beneath the Beaufort Sea. While in the Arctic he lived with the Inuit, learning their habits and language, and kept a detailed record of early Inuit society. However, some of Stefansson’s deeds, and the motives behind them, garnered less acclaim. In one instance Stefansson was accused of abandoning ship just before the ship was crushed in the ice, a heinous act for the leader of an expedition. On another occasion, following a disastrous expedition to Wrangel Island during which great numbers of the party died, Stefansson was accused of deliberately misleading members of the expedition and lying about the perils that faced them. The affair caused Canada to become embroiled with the United States and the Soviet Union, and many argued that Stefansson was more concerned with personal fame and financial gain than people’s lives. Was Stefansson a prophet or a profiteer, a victim or a villain? Stefansson and the Canadian Arctic reveals the truth about this fascinating personality”.  002500  $50

Be the first to review “Stefansson and the Canadian Arctic, Diubaldo, Richard J.”