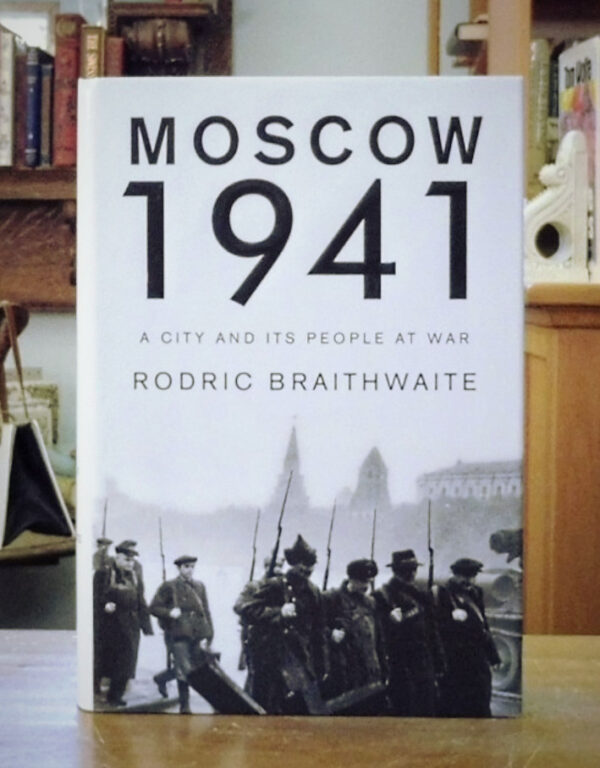 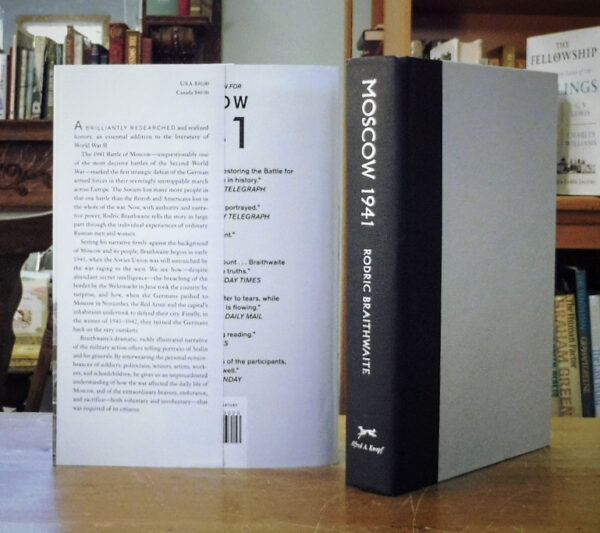 Moscow 1941 A City And Its People At War, Braithwaite

Moscow 1941 A City And Its People At War, Braithwaite, Rodric. Knopf, 2006. First American Edition. Three quarter light gray boards; black spine with silver titles. un clipped dust jacket. 399pp. + 32p black and white photos, 3 maps, index, notes, bibliography. in pristine, unread condition. The 1941 Battle of Moscow marked the first strategic defeat of the German armed forces in their march across Europe. The Soviets lost more people in this one battle than the British and Americans lost in the whole of the war. Braithwaite begins in early 1941, when despite abundant secret intelligence, the breaching of the border by the Wehrmacht in June took the country by surprise, and how, when the Germans pushed to Moscow in November, the Red Army and the capital’s inhabitants undertook to defend their city. Finally, in the winter of 1941–1942, they turned the Germans back on the very outskirts. Braithwaite’s narrative of the military action offers telling portraits of Stalin and his generals interweaved with the personal remembrances of soldiers, politicians, writers, artists, workers, and schoolchildren. 001516 $20

Be the first to review “Moscow 1941 A City And Its People At War, Braithwaite”