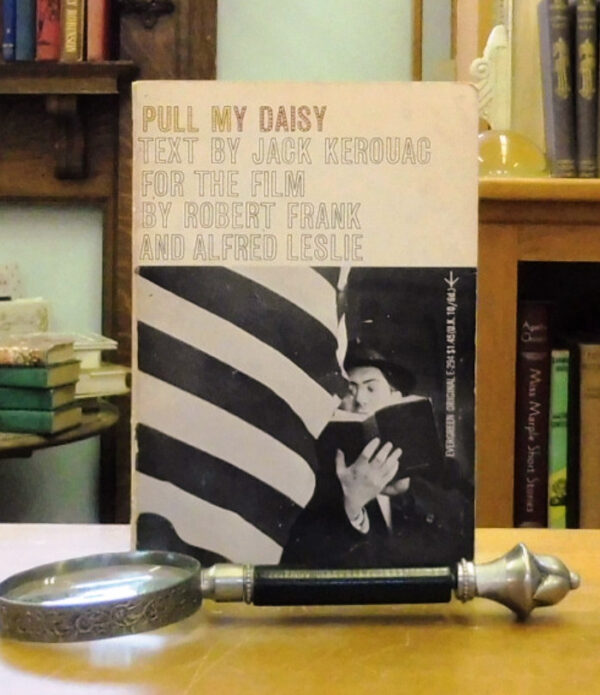 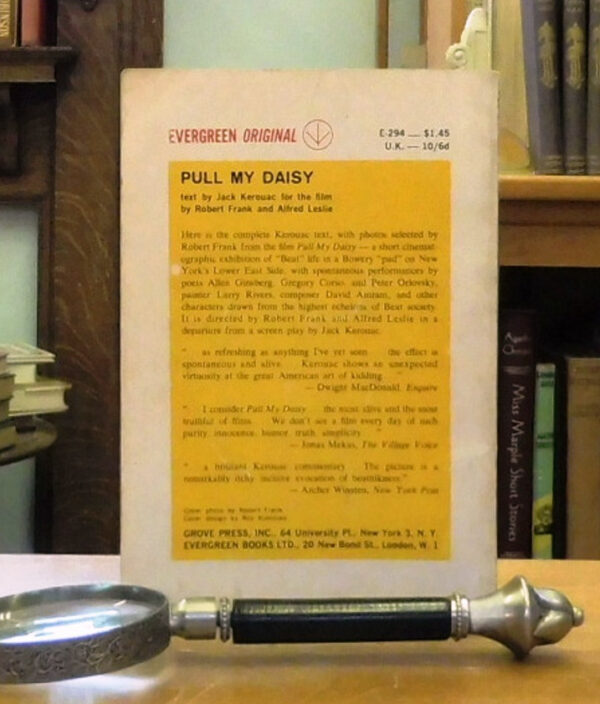 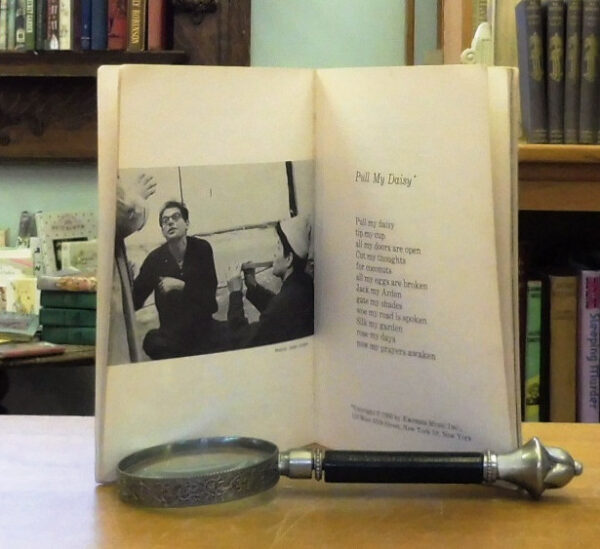 From the back cover- “Here is the complete Kerouac text, with photos selected by Robert Frank from the film Pull My Daisy- a short cinematographic exhibition of ‘Beat’ life in a Bowery ‘pad’ on New York’s Lower East Side, with spontaneous performances by poets Allen Ginsberg, Gregory Corso, and Peter Orlovsky, painter Larry Rivers, composer David Amram, and other characters drawn from the highest echelons of Beat Society.”  002299 $200

Be the first to review “Pull My Daisy – Jack Kerouac, Robert Frank And Alfred Leslie”