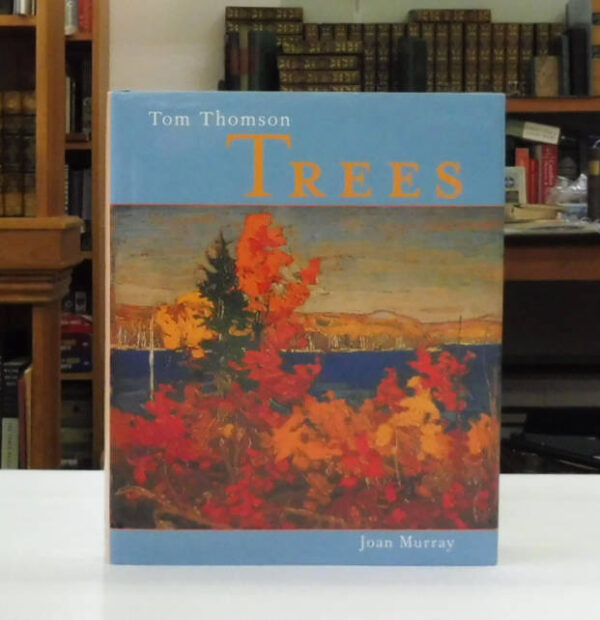 Tom Thomson: Trees, Murray, Joan. Published by McArthur & Company, Toronto, 1999. First Edition. 8vo up to 9½” tall., 128pp., illustrated throughout in color and black and white. Blue boards with gilt titles. Both volume and unclipped dustjacket are in fine, unmarked condition.

A study of the paintings of Tom Thomson, focusing on his many tree paintings. “Tom Thomson (1877-1917) was the most influential and enduringly popular Canadian artist of the early 20th century. An intense, wry and gentle artist with a canny sensibility, he was an early inspiration for what became the Group of Seven. He was one of the first painters to give acute visual form to the Canadian landscape. His works portray the natural world in a way that is poetic but still informed by direct experience”.