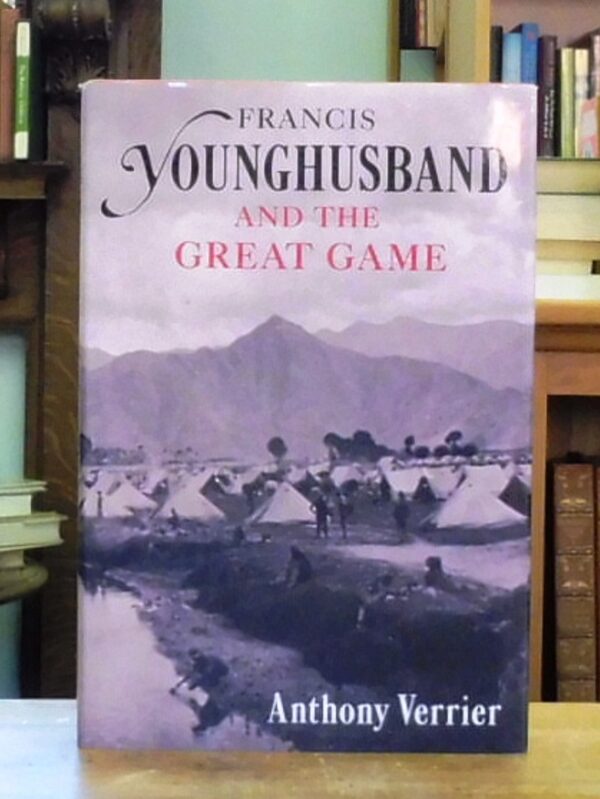 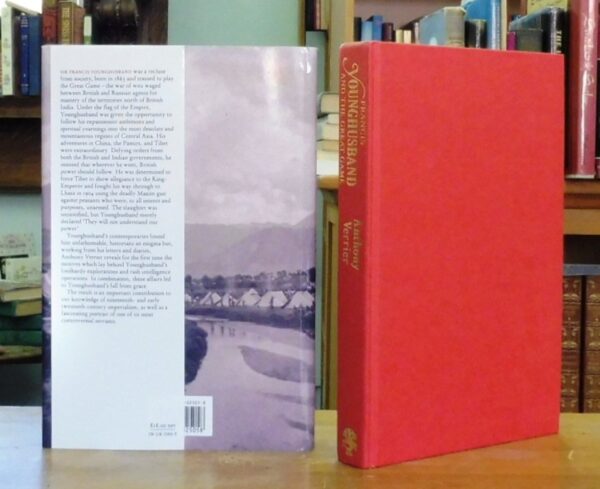 Francis Younghusband and the Great Game

Francis Younghusband and the Great Game, Verrier, Anthony. Published by Jonathan Cape, London, 1991. First Edition.  8vo. pp. xviii, 238, with 20 illustrations and 4 maps. Red boards, gilt spine titles. In fine condition; unclipped dust jacket has very light shelf wear, volume has very light toning. Based on the post-graduate research of Professor Anthony Verrier, this book proposes a radical departure from the previously accepted history behind the 19th century cold war between Russia and Britain. Sir Francis Younghusband was a recluse from society, born in 1863 and trained to play the Great Game – the war of wits waged between British and Russian agents for mastery of the territories north of British India. Under the flag of the Empire, Younghusband was given the opportunity to follow his expansionist tendencies and spiritual yearnings into the desolate and mountainous regions of Central Asia. His adventure in China and the Pamirs were extraordinary. Defying orders from both the British and Indian governments, he insisted that wherever he went, British power should follow. He was determined to force Tibet to show allegiance to his Queen-Empress and fought his way through to Lhasa in 1904 using the deadly Maxim gun against soldiers who were, to all intents and purposes, unarmed. The slaughter was terrible and its justification untenable. Younghusband’s contemporaries found him unfathomable and historians have always found him an enigma but, working from his letters and diaries, Anthony Verrier reveals the motives which lay behind Younghusband’s extremes of foolhardy exploration and his rash intelligence operations which led to his fall from grace. 002350    $25

Be the first to review “Francis Younghusband and the Great Game”