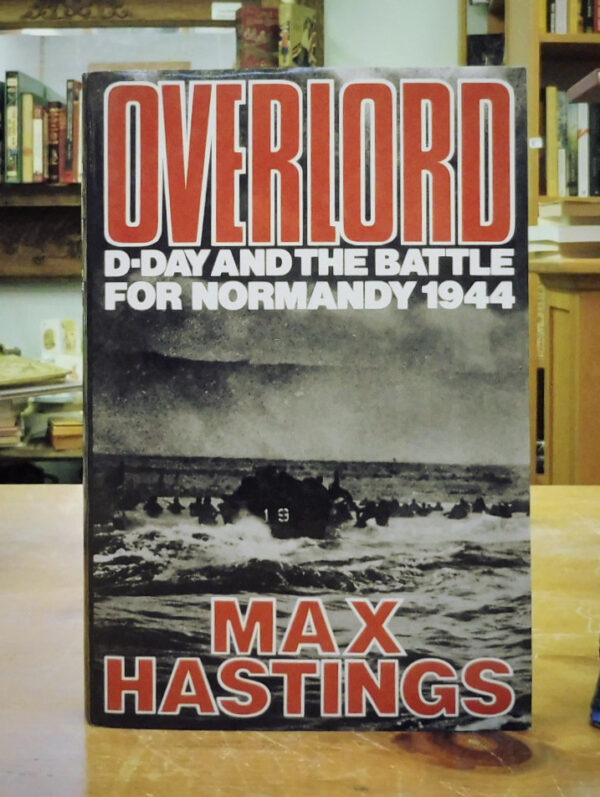 Overlord, D-Day and the Battle for Normandy, Hastings, Max

Overlord, D-Day and the Battle for Normandy, Hastings, Max. Published by Michael Joseph, London 1984. First Edition.  8vo up to 9½” tall. 368 pages with black and white photographs, maps, appendices, references, bibliography and index, Black boards with gilt spine titles and mapped endpapers. Jacket is clipped and otherwise fine; contents in mint condition.  “On June 6, 1944, the American and British armies staged the greatest amphibious landing history to being Operation Overlord, the battle for the liberation of Europe. Despite the Allies’ absolute command of sea and air and vast firepower, it took ten weeks of fierce fighting for them to overpower the tenacious, superbly skilled German army. Now, forty years later, British war correspondent and military historian Max Hastings has drawn on many interviews and newly available documents to construct a dense, dramatic portrait of the Normandy invasion that overturns the traditional legends.” 002764        $25

Be the first to review “Overlord, D-Day and the Battle for Normandy, Hastings, Max”