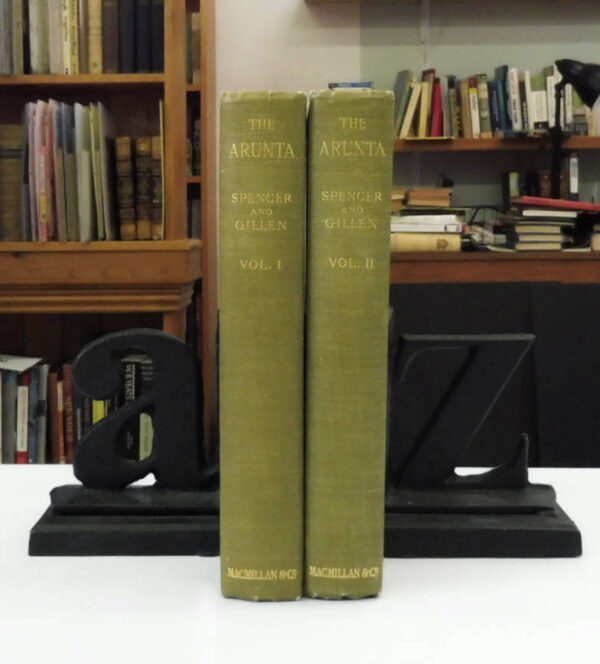 The Arunta is considered a seminal anthropological study of aboriginal Australians. Gillen and Spencer developed their collection at a time when Aboriginal people in Central Australia were relatively unaffected by European contact (between 1875 and 1912) and as such constitutes one of the most comprehensive inventories of a regional Aboriginal group in existence. Their objective was to provide ‘as complete an account as possible of the organization, customs, beliefs and general culture of a people that affords as much insight as we are now ever likely to gain into the manner of life of men and women who have long since disappeared in other parts of the world’.  Contents include: Social Organisation; Local Organisation; The Totems; Totemic Topography; Churinga; Lending and Returning Churinga; Mbanbiuma and Intichiuma Ceremonies; Initiation Ceremonies;  Traditions of the Alchera and Alchera ancestors; Achlpa traditions;  Tradition of Numbakulla and of the origin of Churinga and Kuruna. 002665

Be the first to review “The Arunta, A Study of a Stone Age People, Sir Baldwin Spencer, F.J. Gillen”