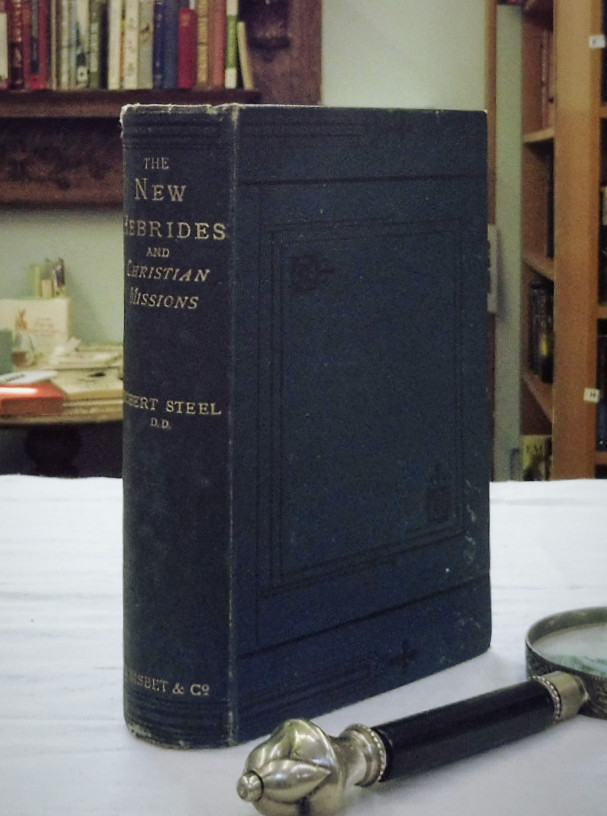 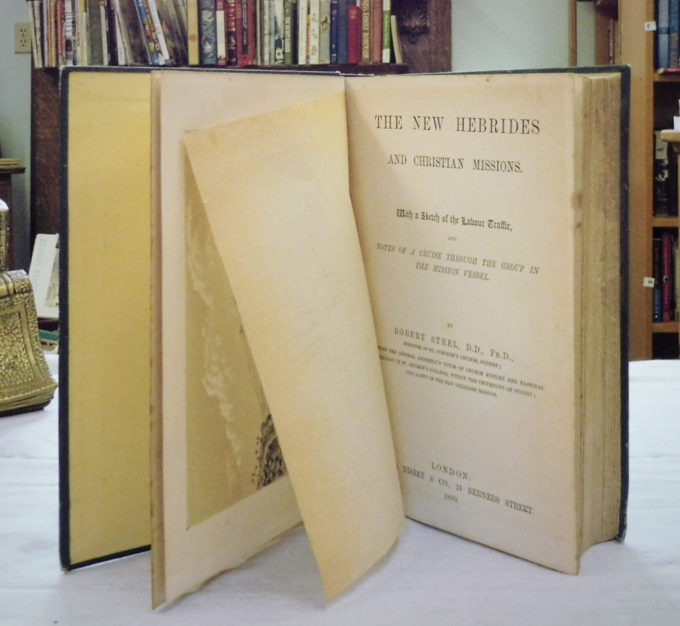 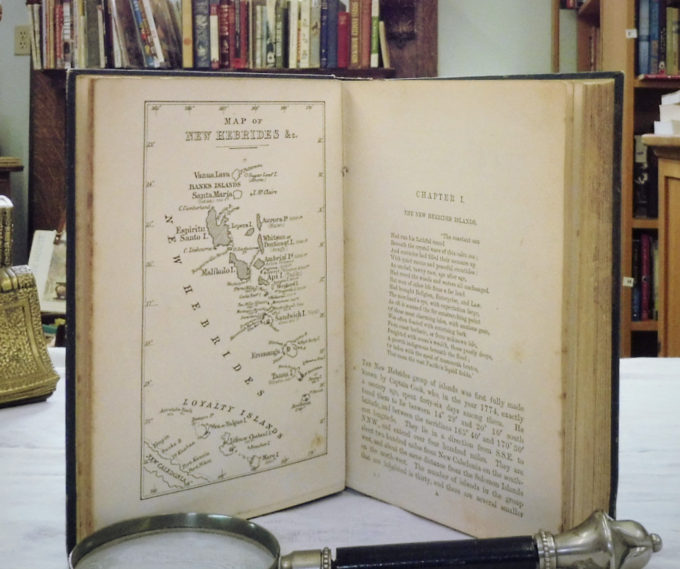 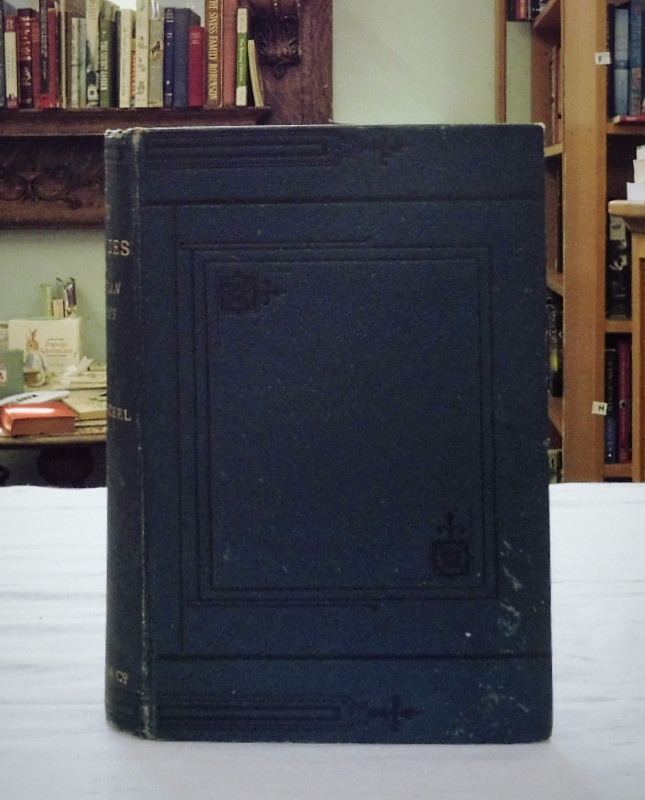 The New Hebrides And Christian Missions – With A Sketch of The Labour Traffic, And Notes Of A Cruise Through The Group In The Mission Vessel, Robert Steel. Published by James Nisbet & Company, London,1880. First Edition. 8vo 8″ – 9″ tall.  i-xv preliminary pages including contents; 485 pages including: Chromolithograph frontis of Mission Station and vessel with tissue guard; Preface; Contemporary Map of New Hebrides; detailed Appendix including various tables; 2 unpaginated pages of publisher’s ads.  Dark green cloth boards with blind stamped block design front and back; gilt spine titles; yellow endpapers. Small separation to hinge at bottom of free endpaper and half title; tissue guard is yellowed; 3 corner folds, an occasional light foxing mark. Boards have light soiling and edge rubbing; corners bumped; tail of spine is frayed and there is a small tear to spine head.  Overall in very good condition.

The New Hebrides archipelago is an approximately 700 km long island chain in the South Pacific, 300 km south of the Solomon Islands, 460 km northeast of New Caledonia and 960 km west of the Fiji Islands.

Robert Steel (1827 – 1893) was a Presbyterian minister, literary contributor, editor and author of several publications on ethics and Christianity. In 1862, Steel moved from the United Kingdom to Sydney, Australia where he ministered at St. Stephens until his death. According to the Australian Dictionary of Biography, Steel “was a man of great personal culture and dignity, described as ‘liberal without being latitudinarian and conservative without being narrow’. The annual review in his last sermon of each year became a notable feature of the cultural life of Sydney”.  002672         $160