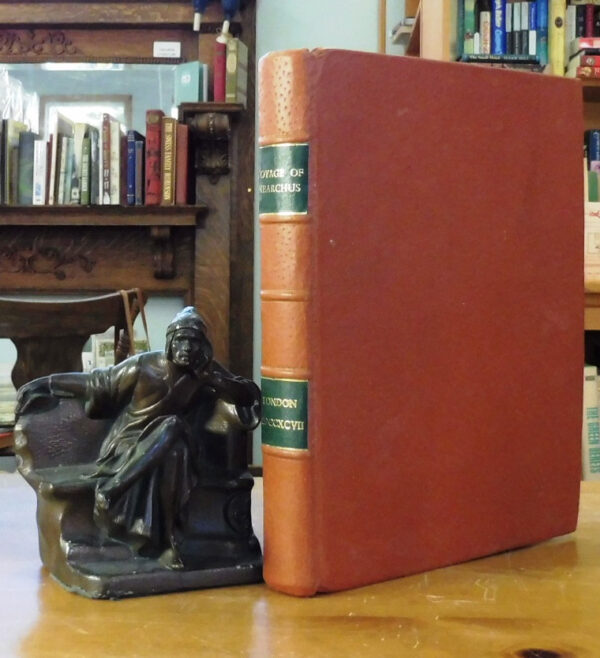 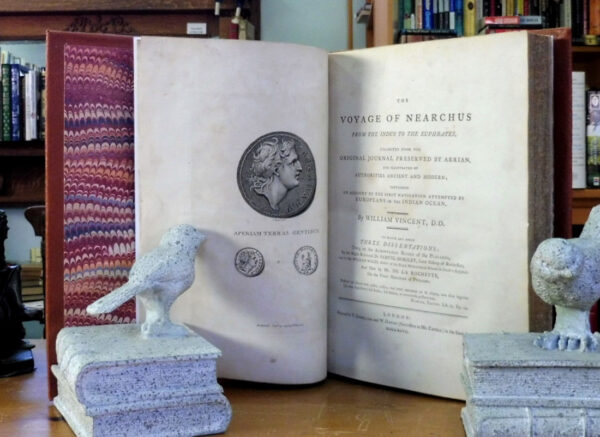 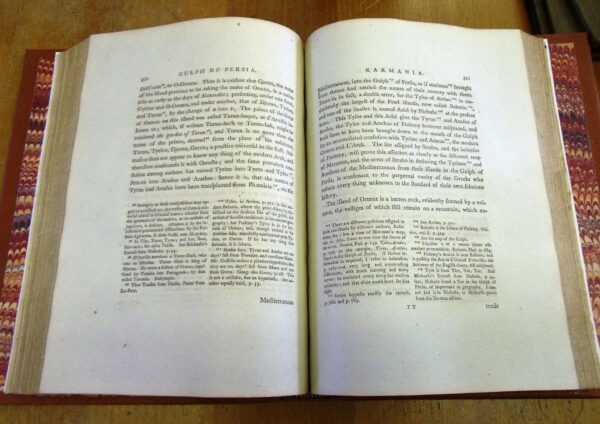 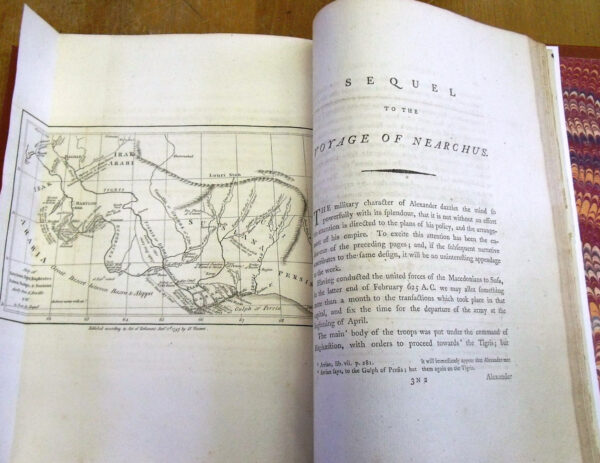 Explorations and Expeditions, Rare and Collectible, First Edition, Eurasia, Other, Science and Nature

The Voyage Of Nearchus, From The Indus To The Euphrates. Collected From The Original Journal Preserved By Arrian, And Illustrated By Ancient And Modern Authorities Containing An Account Of The First Navigation Attempted By Europeans In The Indian Ocean.  Vincent, William.  Published by T. Cadell Jun. & W. Davies, London, 1797. First Edition.  530pp. Expertly rebound in full calf leather with banded spine and gilt stamped titles and marbled endpapers. Frontispiece, wide margins. 6 maps & charts of which 4 are folding, some geometrical figures, 1 table; errata and ‘directions to the bookbinder’ bound-in.  A beautiful and rare volume in near fine condition; light soiling first few blank pages and frontispiece; gray/black inked notes on a few pages in very neat and tiny script; text block is clean with no paper loss or damage. A seminal work for scholars and a rare, fascinating volume for the collector.

This work comprises an English version of Arrian’s account of the celebrated voyage of Nearchus of Crete from Indus to the Tigris in 325 B.C. Nearchus, a commander of Alexander The Great’s who undertook several independent expeditions during Alexander’s campaigns across Asia.  Arrian was a Greek historian and statesman during the Roman Period, who wrote about events that had occurred several hundred of years before his time. “My purpose was not to translate Arrian, but to make him intelligible to an English reader, and to investigate a variety of subjects, historical, geographical and commercial”. Editor William Vincent 1739-1815, was the Dean of Westminister.

Be the first to review “The Voyage Of Nearchus, Vincent, William – 1797 First Edition”