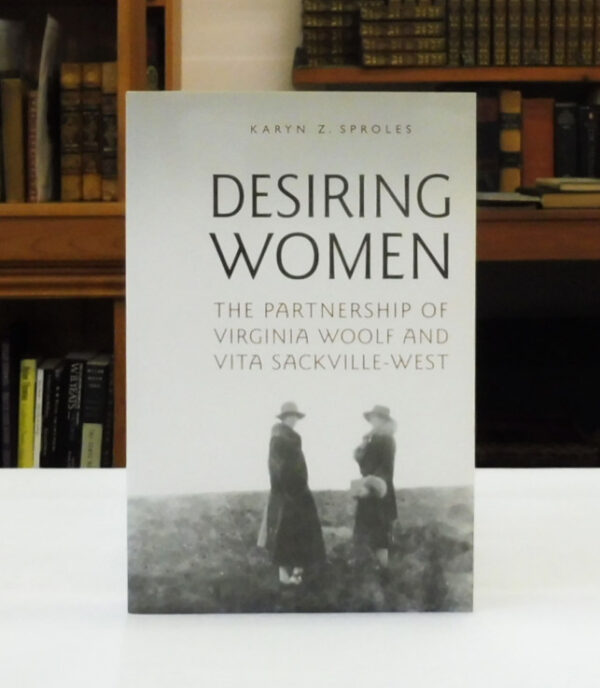 On 23 September 1925, Virginia Woolf wrote to Vita Sackville-West: ‘if you’ll make me up, I’ll make you.’ In Desiring Women, Karyn Sproles argues that the two writers in fact ‘made’ each other. Woolf and Sackville-West produced some of the most vibrant and acclaimed work of their respective careers during their passionate affair, and Sproles demonstrates how this body of work was a collaborative project – a partnership – in which they promised to reinvent one another.

Vita Sackville-West (1892-1962), was a prolific fiction writer, biographer, prize-winning poet, journalist and garden designer. She was married to diplomat and noted diarist, Harold Nicolson. Their successful marriage which allowed for affairs with same-sex partners was later documented in their son Nigel’s book, Portrait of a Marriage (1973). Vita and Virginia Woolf had a singular intense and deep relationship over many years. Woolf’s fantasy-biography Orlando is based on Vita’s life and work.  3844      $25